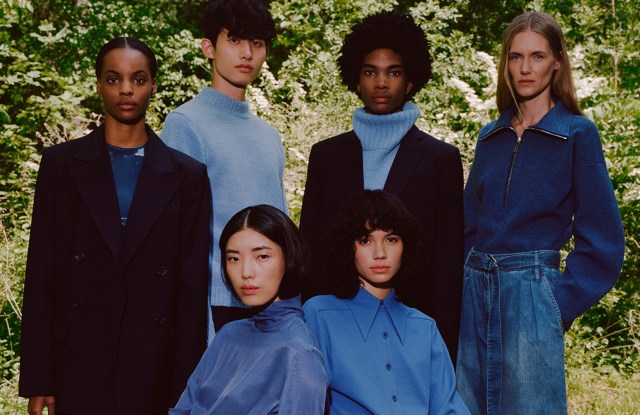 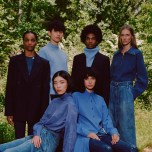 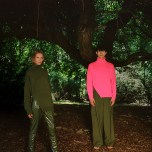 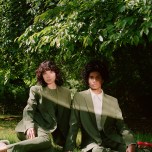 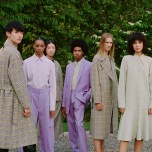 Amy Smilovic is a self-proclaimed minimalist, and the DNA of Tibi is continually proving so in both men’s and women’s with urban, clean, sophisticated pieces with depth and detail. For resort, the designer continued by carrying over her idea of “the lady” from fall in refreshing ways. There were tactile basket weave wool blend topcoats with drapey backs that looked “tweedy in nature” but felt more modern and shifts and separates printed with squished dots that ran and bled nonsensically across the silhouettes. Chic handkerchief scarves, “awkward colored bags and strange ladylike [ostrich-stamped] shoe shapes” topped off the looks. Smilovic referenced the works of Chinese artist He Xiangyu as inspiration for the “visually disruptive despite its apparent simplicity” appeal while an excerpt of “How to Explain Color to a Blind Person” inadvertently described her palette to a tee. “Black is for power and has almost a menacing quality, but brown is about the earth and keeps you grounded, steel is really strong and green is like life. So this is a combination of strength and life,” she revealed.

But Smilovic’s special sauce of the season came by way of “inside out” tailoring. “This idea of playing with chino.” Smilovic spoke of a concrete gray blazer during the collection preview, “but doing it in suiting in a way that people see all the workmanship. I think that it starts out as your challenge online…how do I tell people we have the best coats? That we work them over and over. And the best way to tell them is to show them. So we really looked at flipping it inside out and are giving you all those details.” Upon closer look, the blazer’s strong rounded shoulders were pin tucked, the back of the blazer detailed with exposed darts and contrast white piping. The idea ran throughout, like a men’s black trouser with flipped white waistband. Optimistic pops of lavender, yellow and orange were also threaded throughout the collection in knitwear, long silk dresses and daywear separates.

Smilovic also noted that while a majority of the fabrics were either from Europe or Japan, her use of recycled fabrics expanded to about one-third of the collection. For instance, her recycled men’s wear check fabric rendered in sharp green blue and brown topcoats and tailored separates. There were also structured faux leather and felted or bonded felted wool offerings.