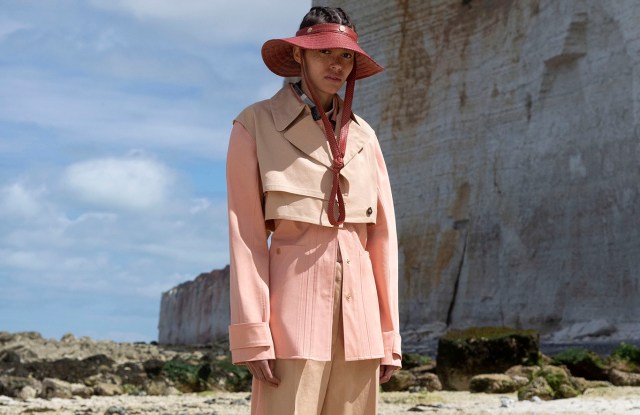 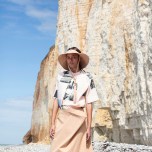 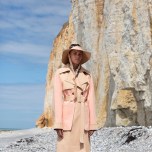 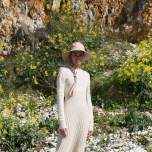 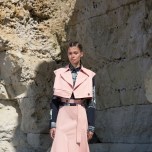 Cédric Charlier is ready to go on holiday. “The collection is about adventure and travel memories,” said the Belgian designer, whose starting point for resort 2020 was a box of postcards he found at the flea market in Brussels, which he transformed into pastel-colored prints of beaches, mountains and palm trees on cotton shirts and dresses.

Photographic prints were reworked on a pleated mini dress, with added squiggles of orange and dusky pink overlapping with pictures of natural rocks. Charlier’s signature pleated skirts and masculine blouses were as desirable as usual, as were his more tailored pieces, such as an ice blue suit with a gently curved-in waist.

The color palette was a mix of sunrise and ice cream tones, like a short beige gilet over a blush pink jacket or a strawberry-hued satin dress with frayed hems, with a couple of Vichy pieces thrown in, such as a light Nylon rain jacket with belted waist. The designer removed it from the model’s shoulders and scrunched it into a ball. “You can roll it up and it doesn’t crease,” he said. “Perfect for going on an adventure.”

Accessories were particularly playful: Wide-brimmed bucket hats could be worn as visors thanks to nifty snap buttons, while shoes were either flat lace-up sandals or over-the-knee leather rain boots. The designer introduced a new bag model for the season, named “La Manche,” or “the sleeve” in English: a slouchy zipped-up bum bag to be tied around the waist, made of perforated eco-leather.