Casey Cadwallader showcased his body-conscious collection on a diverse cast including a vogue dancer, a powerlifter and a poet. 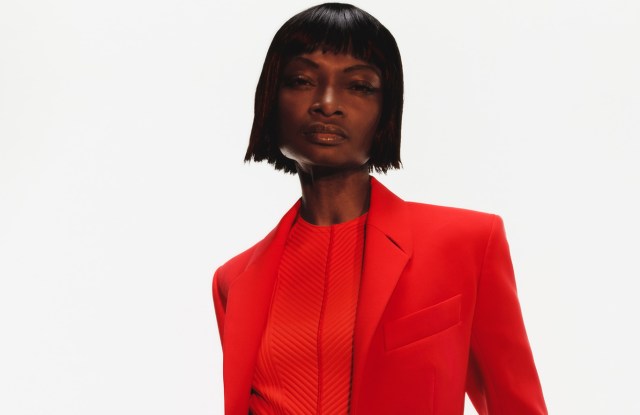 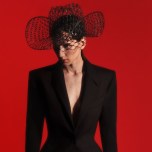 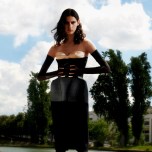 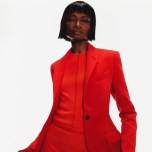 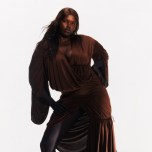 Fashion’s camp moment is spreading beyond the Met. The day after the New York museum hosted a voguing competition on the sidelines of its “Camp: Notes on Fashion” exhibition, designer Casey Cadwallader explained in Paris how the look book for his Mugler resort collection was all about striking a pose.

It turns out there’s more than one House of Mugler: four dance crews of the same name regularly compete in battles in New York, Amsterdam, Berlin and Paris. In a reverse homage, Cadwallader selected French dancer Alex Duval, who goes by the stage name ChaChou Mugler, as one of the eclectic faces for his shoot.

“I really wanted to bring a bit more drama. I thought that was an interesting personal challenge for me, to not be so serious and to be a little bit more flamboyant, because I thought it was something that was inherent to the house that I hadn’t played with yet,” the designer explained.

Linking Mugler to camp is by no means a stretch. Cadwallader channeled founder Thierry Mugler’s iconic advertising campaigns from the Nineties — think Jerry Hall in a wasp-waisted black gown against a cloud of white silk — for his graphic collection, engineered to boost curves in just the right places.

Outfits came with built-in shapewear: strategically placed corset panels bonded to stretchy scuba material to flatten stomachs, snatch waists and lift the derrière. They came on everything from plain black pants to a slinky black fishtail gown with a separate nude corset, inspired by the one Chloë Sevigny wore at the Cannes Film Festival.

Cadwallader further nodded to Mugler’s obsession with impossibly perfect physiques with snug peplum jackets in lieu of his power-shouldered silhouettes of recent seasons. His signature spiral-seamed jeans, meanwhile, came in a new body-hugging version in stretch denim, dyed a vibrant Mugler blue or coated with glossy red or black vinyl.

For all the emphasis on the hourglass ideal, Cadwallader’s shoot spotlighted a variety of body types, with models including Beau Gandiwa, a former world powerlifting champion; plus-size model Ariish Wol, and poet Alizée Lenox.

“I want people to look at my look book and know that there’s something for them there. I don’t want people to see this austere fashion house that expects everyone to be a size 36, because that’s not real life and there’s so much beauty that’s not a size 36, and I find it to be a little silly that people don’t address it more,” he said.

Efforts such as these no doubt help to broaden standards of beauty, and chime with the broader celebration of LGBT Pride Month. As for the clothes? They’ll have you hotfooting it straight to the gym.