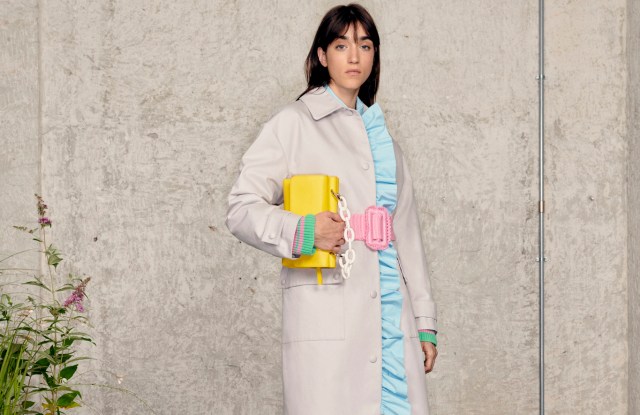 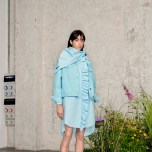 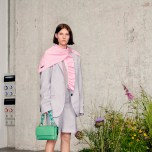 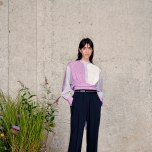 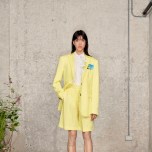 On May 4, MSGM released a video titled “Che cento fiori sboccino” [“Let 100 flowers bloom,” in English] to celebrate the rebirth after the lockdown caused by the coronavirus pandemic. “For the first time in my life and in the life of the brand, I perceived the fall of the myth of the city as the place to be and the rise of a new desire for nature,” MSGM creative director Massimo Giorgetti explained at the Riccardo Grassi showroom in Milan.

The designer translated this new state of mind in his men’s spring collection, which telegraphed a message of positivity and straightforwardness via a revisited streetwear sensibility. “I really realized that the MSGM man is young and fun,” said the designer, who developed a wardrobe targeting cool kids on the block.

Exalting the DIY attitude of the new generations, he played with artisanal and handmade techniques, including tie-dye in sorbet tones rendered on an organic cotton canvas anorak, a cardigan printed with tropical leaves, as well as the hand-knitted details of fringed intarsia sweaters and vests. In a poetic vein, which is really a signature element of the MSGM style, Giorgetti peppered shirts and nylon jacquard jackets with a quote by Isabella Santacroce’s cult 1995 book “Fluo,” expressing a desire for simple, pure feelings and freedom.

In addition, for the men’s lineup, the designer teamed with American artist Seth Armstrong, printing three of his artworks, including one showing a view of Los Angeles’ Laurel Canyon at night, on pajama sets and on jacquard sweaters.

Giorgetti transferred the same sense of escapism and lively optimism in his women’s resort collection, which spoke to a cross-generational audience, while preserving the brand’s young attitude. Elaborating on some of the brand’s signature elements, such as ruffles, patchwork and floral prints, the designer developed a versatile collection of approachable but still exciting pieces. Mainly focusing on light constructions and a delicate color palette, he juxtaposed more quintessentially feminine styles, such as ruffled shirtdresses and checkered dresses paired with denim hybrids of field and truckers jackets, to tomboyish sartorial attire. Maxi-fringed T-shirts featuring the new MSGM logo in Italics, which were paired with paisley maxiskirts, exuded a carefree attitude. Bon chic, bon genre — girls just want to have fun, especially after the lockdown.