The resort lineup focused on off-duty needs with an emphasis on ease and versatility. 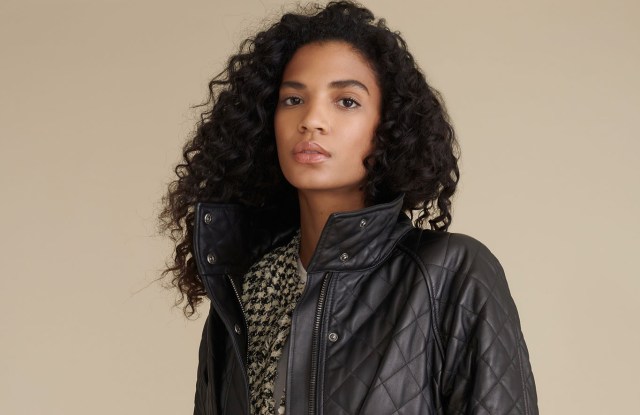 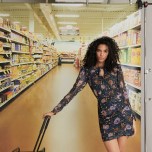 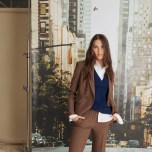 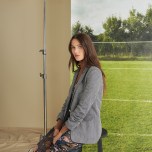 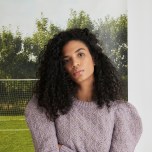 “It was our North Star,” Veronica Swanson Beard said of the decision behind designing resort under quarantine. “It was the distraction we really needed as a team and as a business. We’re a very positive group of people who believe women want to get dressed and feel like they have purpose and are going somewhere.”

Along with sister-in-law and partner Veronica Miele Beard, the designers put forth an edited resort lineup focused on off-duty needs with an emphasis on ease and versatility. “We weren’t servicing a group of women who do live a more casual lifestyle. That’s been a focus for resort and going into spring,” Swanson Beard added.

In true Veronica Beard fashion, classics such as suiting, denim and leather were elevated, and this time worked for business or leisure. A quilted leather jacket was cut with more room, while printed dresses maintained an ease and sophistication ideal for entertaining at home. Knitwear, while cozy, featured special details like puffed shoulders to maintain a level of chic. And tailoring was a key category, with checkered suiting and an emerald green number that perfectly balanced wearability, sophistication and versatility.

Shot against backdrops featuring familiar scenes, the look book was an homage to where the designers had been and where they wanted to go, depicting New York streets, the grocery store and the kitchen. “It was such a testament to the team to pull this off, on time, create a collection of samples, be ready to shoot a look book and get it all done,” Swanson Beard said.

“Going forward, we’re trying to be incredibly thoughtful of all that’s going on socially and in this industry, reaching as many demographics, always. No matter what’s going on, we want to be compassionate, be understanding,” Miele Beard added. “The new normal is don’t give up.”