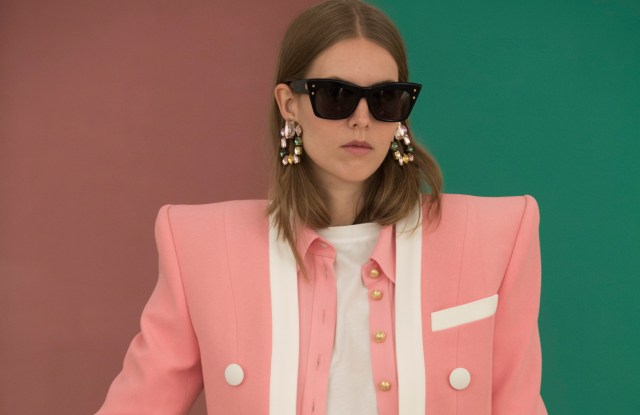 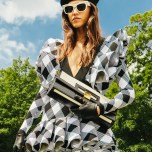 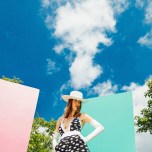 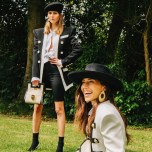 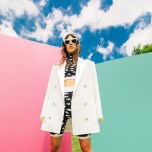 Call it a lockdown baby. Olivier Rousteing and his team designed Balmain’s resort collection during the coronavirus pandemic, swapping images on WhatsApp and drafting in suppliers worldwide to get it made.

“The embroideries were done by old ladies working in their kitchen in the south of Italy. In Japan, they were working in their living room. It was tough,” said the designer, who tried on the men’s prototypes in his Paris apartment. “The fabrics — that was a struggle because I was choosing by Zoom.”

In all, Balmain produced more than 400 looks for women and 300 for men, presented since June 15 in a digital showroom with an avatar of Rousteing acting as host and guide. Still, the designer can’t wait to bring the collection into the real world.

Last week he took his team to a château in Normandy to shoot the look book. And in July, he plans to showcase the outfits with a public event in Paris, along the lines of the music festival he organized during Paris Men’s Week a year ago.

“We need to bring some joy, because right now the fashion world is kind of sad. Everybody is worried about the future, but instead of being worried, instead of words, put some action,” Rousteing exhorted.

He brought the same upbeat approach to his collection, which was steeped in Nineties references that also happen to make for great lockdown viewing: “Beverly Hills, 90210,” “The Fresh Prince of Bel-Air” and Julia Roberts in “Pretty Woman.”

“The sales were going really well before the closure of the wholesale and the retail. Our e-commerce quadrupled during the last two months,” noted Rousteing. “What I wanted to do after COVID-19 was first to reinforce the DNA of the brand. The second thing is that I brought back a lot of archives from Monsieur Balmain.”

Having mined equestrian references in his fall 2020 collection, the designer revisited founder Pierre Balmain’s signature “Jolie Madame” style through a pop-culture lens, in sync with his inclusive vision of luxury. He snatched the waists of pastel tweed dresses with built-in corsets, and lopped the hem off a frilled polka dot number that might have been made to hit a polo match.

“I didn’t make it easy for anybody, but everybody was happy to work,” Rousteing conceded, adding that it was important to keep his suppliers in business, even as they joined the industrywide effort to produce face masks.

“The idea was to make sure that our wholesalers and retailers can have a collection that is dynamic, really strong. There is still the bourgeois, because I think that kind of ‘bourgeoisie française’ is something that they love at Balmain,” he added.

He also unveiled several new handbag styles, including the Chocolat, shaped like a bar of chocolate, and the 1945, named after the year the brand was founded and featuring a vintage monogram from the Sixties. A clutch, which transforms into a tote bag, was directly inspired by a style from the house’s archives.

Meanwhile, Balmain dipped a toe into sustainability with a capsule line of T-shirts, hoodies and track pants made of organic cotton and packaged with eco-conscious materials. Though getting suppliers on board is a slow process, Rousteing hopes that by next season half of his collection will be sustainably produced.

It’s a process that started during filming of “Wonder Boy,” the documentary that shows the Black designer searching for his biological origins.

Scrolling through images on his phone of people working from home, Rousteing marveled at the solidarity of his teams. “It was just a new world, but we made it.”