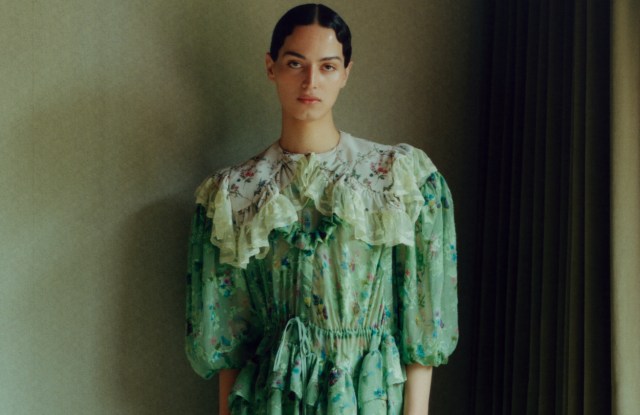 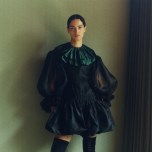 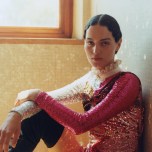 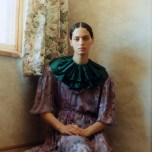 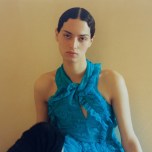 Justin Thornton and Thea Bregazzi showed their resort 2022 collection as a short film during London Fashion Week, taking Cecil Beaton’s early photographs of his sisters, friends and society figures as inspiration for a frill-filled lineup.

A spectacular exhibition of Beaton’s work from the 1920s and 1930s called “Bright Young Things” at the National Portrait Gallery was cut short after London went into lockdown in March 2020.

This was a romantic collection with lots of color and shine. The designers took their cues from Beaton’s photos of pantomimes and costume parties, planting oversize pierrot or ruffle collars on sheer, short dresses with pouf skirts or statement sleeves.

Little pie-crust collars popped from underneath a bright sequined dress and a patterned harlequin top, while other gowns dripped with lace.

The design duo even paid homage to Beaton’s black-and-white images of his sisters wearing clothes and accessories made of tin foil. One of the Preen models glowed brightly in a silver sequined top with short bell sleeves and bows at the shoulders.

While this collection skewed costume-y at times, it was fun, upbeat and in step with the long lengths and exaggerated proportions on the streets of London today.

The couple said they were struck by the Beaton images, which captured the “giddy delirium” and creative spirits that came after World War I.

“They showed how creativity can grow from tragedy, they were full of unbound joy with a carefree expression. We loved the way they were not restrained by gender, fusing both masculine and feminine in their fun expression, combining suits with ruffles, silks with gaberdines, frills with leathers.”

There was a sustainability angle, too, with fringes on trench coats made from vegan leather, fabrics made from single-use plastic and deadstock from U.K. mills. Even the sparkles were green. Thornton and Bregazzi said they did limited runs of sequined dresses and made them from recycled vintage garments.