Antonio Marras celebrated his hometown, Alghero, Italy, with a lovely collection, which featured a new strong focus on solids. 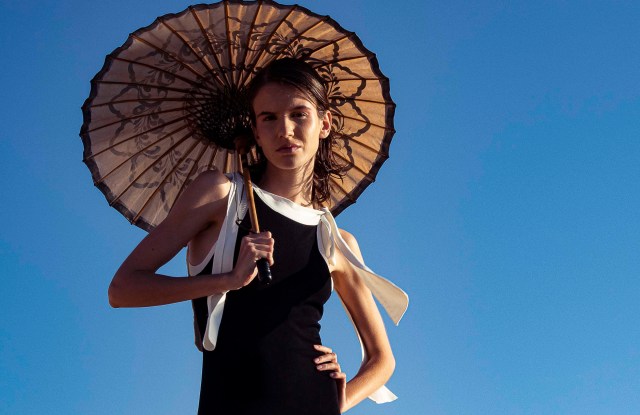 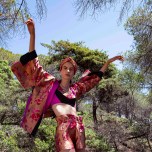 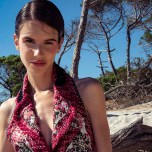 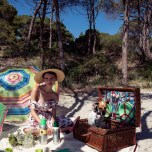 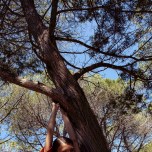 Every summer in Italy, a popular song from the ’80s makes a comeback on every radio station — “Alghero” by the late singer Giuni Russo. That hit actually contributed over the decades to the popularity of Alghero, Antonio Marras’ hometown, as a holiday destination for thousands of people each year.

Alghero’s most frequented public beach, called La Pineta, (the Pine Forest, in English), served as the set for Marras’ resort 2022 look book, which looked like a festive, summer extravaganza by the Mediterranean.

The collection was authentically Marras, with the brand’s signature mix and match of prints, patchworks and precious embroideries. Next to an array of floral garments with micro prints and maxi jacquard motifs, the designer put a strong focus on solids this season. That added a fresh twist to the lineup, which included maxi silk tunic frocks in vivid shades of hot pink and yellow trimmed in black, but also emerald green suits and orange girly minidresses.

Transparencies were introduced via organza frocks cut in generous silhouettes, while a range of beautiful vests was crafted from upcycled boucle jackets and enriched with a cascade of different embellishments.

Marras’ signature artisanal approach stood out in the charming collection, which also featured a capsule of denim styles manipulated and elevated through paneling and fabric inserts, offering a luxury take on the young, hip street look.