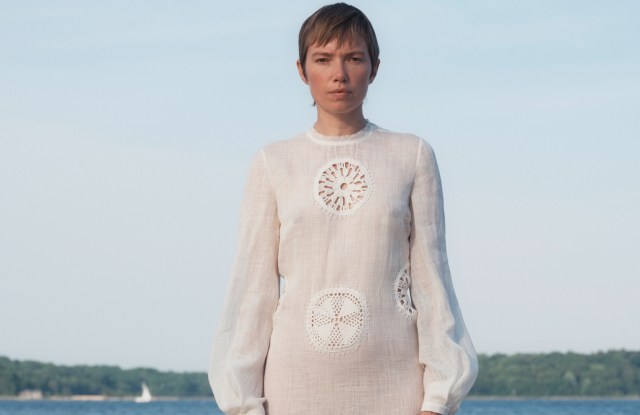 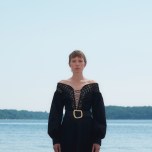 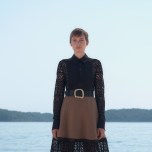 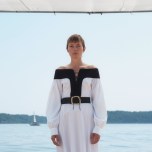 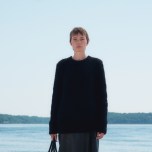 A native of Uruguay with a passion for earthy glam and saving the earth, Gabriela Hearst may be this era’s consummate rich hippie. But she doesn’t just want to take.

In a year where there is a lot of conversation in the U.S. around America’s contribution to fashion, which will culminate in two upcoming exhibitions at Metropolitan Museum of Art Costume Institute, Hearst wants to make sure that the contributions from her native South America, Central America and Mexico are not forgotten.

Not only those of big names like Oscar, Carolina and indeed Gabriela who made it in New York, but also of the (too often uncredited and appropriated) indigenous artisans and thinkers who have contributed their craftsmanship and design motifs to the canon of style.

“It’s a celebration and a reminder. I was just in Europe and I met with someone who said, ‘You’re from Colombia, right?’ I said, ‘No, Uruguay.’ He said, ‘It’s all the same.’ This is about breaking with that mentality and celebrating the cultures that exist on our continents,” Hearst said.

“For me, it’s very important we look at the Americas and the history of how we are creating garments because it’s been since the Industrial Revolution and more since World War II that the process of making clothes has industrialized itself to the point that the garments don’t look authentic anymore,” she continued. “To create realness, you have to pay attention to the ingredients and the craft. And I still feel quite far from where I want to be in developing this.”

Hearst has been weaving handcraft into her collections since the beginning, working with nonprofit Manos del Uruguay, which employs close to 600 female artisans in her home country. For resort, she pushed deeper into her Latin American heritage, referencing the Jipitecas counterculture movement that originated in Mexico and surrounded her when she was growing up in the 1970s.

“People were into indigenous craft, into the cosmos, into the belief systems of the Aztecs and Mayans and questioning the Western morals and standard of the world,” she said. “They were proponents of women’s rights, ecology and democracy in the face of totalitarianism.”

She incorporated that inclusive world view into her collection, using a record-for-her 49 percent deadstock and recycled materials. Not so much a revolution in style, it was an evolution, reaffirming the building blocks of her brand, including casual suiting, fringed knits and ponchos, bohemian dresses and rugged leather accessories.

Hearst weaved Zapotec motifs inspired by the geometry of the Mitla ruins on Monte Albán into a black lace skirt, and used Inca Birth of Moon drawings as a pattern for crochet appliques on a black knit tunic and pants. A series of landscape sweaters, sure to be collectible, paid tribute to natural monuments of the Americas, north and south, including Yellowstone, Aspen, Machu Picchu and Teotihuacan.

Paying special attention to knitwear, like so many designers now, she created covetable white ribbed knit dresses with embroidered agate stone bibs, and pleated ribbed knit dresses with crochet details. “Knits are my passion,” she said, adding that after spending time in Paris at Chloé, she was surprised to learn at big luxury houses creative directors sometimes don’t even have contact with their knitwear teams. “They are like the bastard children!”

A white linen dress with circular crochet embroideries placed over the chakras was a special piece, and Hearst took patchwork leather to a new place mimicking marquetry on an earth-toned shirt and skirt. This season’s rainbow magic was a psychedelic bird-of-paradise pattern, rendered on deadstock silk separates, and on a statement cardigan. (No hallucinogens required.)

The focus on craft also translated into the men’s wear offering.

“There are a lot of parts of the men’s collection that we [women] want to wear as well,” she said. “We’re moving into this nonbinary world and it’s natural to think about it in both ways.”

So while the single-breasted suit and boxy striped denim set were styled on women, they were created as men’s pieces. The remainder of the small men’s-specific pieces included a double-faced cashmere overcoat, floor-length ponchos and raincoats with elongated collars.

It added up to a strong, commercial outing, all the way down to the rose gold and enamel bangles (fine jewelry was a surprise pandemic bestseller) and bags, including her first East-West tote called the Mcewan, and the Mabel crossbody style with a sliding metal panel after an old-fashioned roll-top desk. “Yes!” said Hearst, of the personal touch. “My grandfather had one of those!”