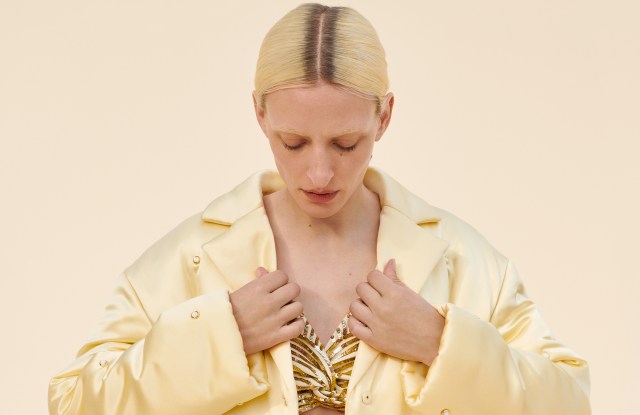 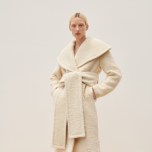 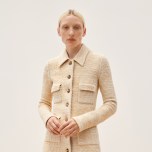 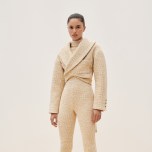 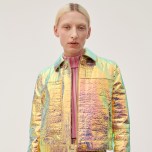 St. John creative director Zoe Turner is on a roll.

Bra tops and bike shorts from St. John? You betcha. For resort, Turner pushed the idea of more casual separates in the luxe house tweeds, adding stretch to create body-con sizzle with a side of 1980s/’90s nostalgia.

“As much as it’s about celebrating our loyal customer, it’s about welcoming the new as well,” said Turner, describing the collection as being about freedom, movement and positive energy.

St. John has already garnered the attention of celebs, even during the pandemic, with Alicia Keys, Ruby Rose and Busy Philipps recently wearing the label. And resort’s sandy tweed bodysuit with gold buttons should be a Hollywood and editorial star. (There are other versions in the collection without the hardware that can be layered under cropped jackets and worn with jeans.)

Working in a coastal palette, and adding shine in the form of iridescent tweed foil and sequin finishes on cropped jackets, miniskirts and five-pocket jean silhouettes, Turner upped both the accessibility and wow factors with this collection.

She updated stiff ’80s and ’90s stalwarts such as the ladylike coat dress, making it chic for today in soft, stretchy beige tweed with gold buttons, and reworked the tweed jacket into a cropped wrap blazer styled over stretch tweed leggings. An orange melange tweed catsuit looked fresh matched to a four-pocket jacket. Another riff on a suit came in confetti boucle with biker shorts.

With the buzz officially on, now it’s up to St. John parent Fosun to get the collection into closets.