The runway film took place at St. Ann's Court, a country estate in Surrey, with models walking under blue skies, and among bright flowers in full bloom. 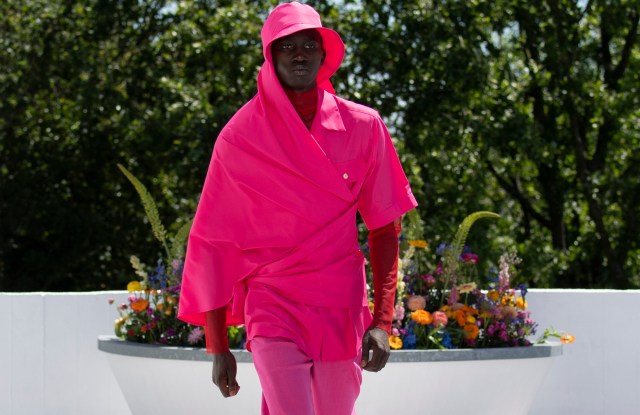 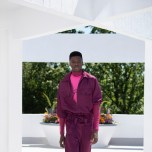 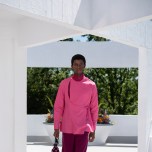 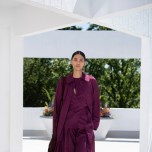 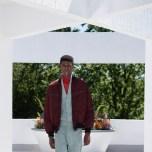 This breezy, unisex collection took its cues from hot climes, traditional Middle Eastern craftwork and modern poetry. Hoor Al-Qasimi, the creative director, said she wanted to send a message of renewal and rebirth, naming the collection “Between Ashes and Roses” after a 20th-century work by the Syrian poet Adunis.

The runway film took place at St. Ann’s Court, a country estate in Surrey, with models walking under blue skies, and among bright flowers in full bloom.

Like the flowers, the collection was bursting with color — bougainvillea pink for trousers and matching capes with built-in bucket hats; saffron for a boxy cotton shirt or a skirt with a fluttery laser-cut designs; and aubergine for a big, fringed bag made with a traditional weave native to the Emirates known as safeefah.

The cotton weave, which appeared across bags, shoes, denim jackets and skirts, were made by women artisans, as were many other parts of the collection. Al-Qasimi said she is keen to promote tradition — and women’s work — in her collections, and also tapped the Lahore-based jeweler Zohra Rahman to develop a round, multifunctional, multitasking embellishment that was worn as a brooch, a pendant and an earring in the show.

Tarboushas — or long woven tassels that are staples of an Emirati man’s wardrobe — swung from the front pockets of tailored jackets; the bottoms of small bags; and the necks of loose and breezy shirtdresses. Al-Qasimi also worked with a calligrapher on T-shirts and hoodies that spelled the words “Longing” and “Belonging” in Arabic and English, capturing the melancholy mood of a world that is yearning for a fresh start, and some harmony.