The Balenciaga alumna, a guest on the couture calendar, presented her first solo collection. 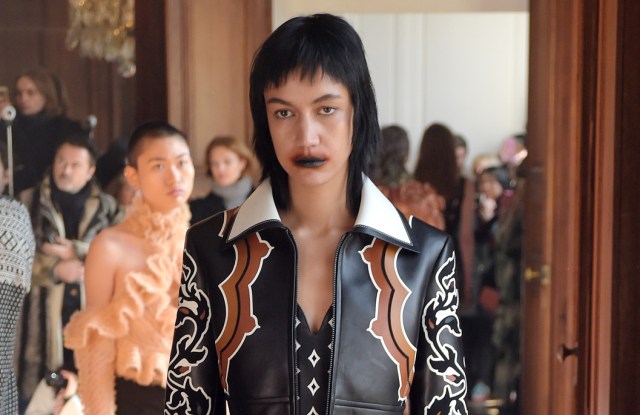 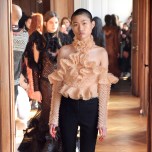 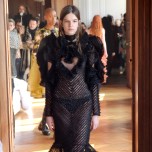 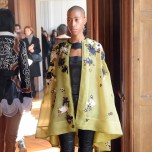 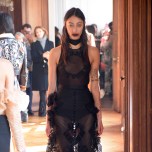 It may have been Christine Hyun Mi Nielsen’s first solo collection, but the designer already has a solid résumé, having headed up women’s wear studios at Alexander McQueen, Givenchy and, most recently, Balenciaga, under Alexander Wang. She was one of six designers selected as guest members on the couture schedule this season, rare with a debut collection.

“It says a lot about the Federation and how supportive they are of new brands,” said the Danish designer, who was born in South Korea, backstage before the show.

Nielsen’s experience showed through in her designs, which she said were inspired by a dark period after she left Balenciaga and was feeling lost. “It happens,” she said. “Teams change.”

A dark, almost Gothic poetry emanated from many of her designs, which went from ethereal to verging on bondage in an unusual yet appealing play on contrasts. Organza and tulle were frayed and layered minutely in several black, white and burnt orange gowns, shaped into graphic ruffles that formed heart shapes around transparent panels. A murky green organza cape was adorned with floral embroideries in dark hues, and worn with straight black pants in a horizontally striped patchwork of leather, jacquard and tulle.

She contrasted the more fluid pieces with her graphic leather designs, working the skin into intarsia patterns in a palette of black, white and camel on jackets, pants and a dress, or patching it together with openwork motifs, including an upside-down heart on a black A-line dress.

Nielsen added a touch of modernity to several of the elaborate yet languid gowns in the collection by embroidering her label’s logo in Gothic script in a subtle nod to the street.