The designer drew inspiration from pagan times in Russia, nature and strong women. 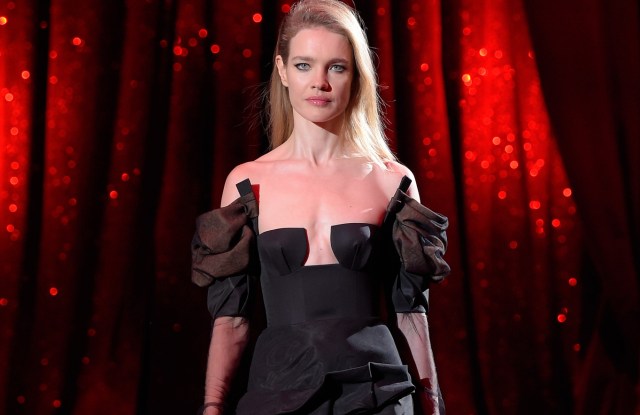 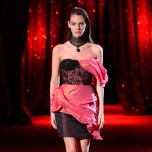 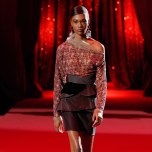 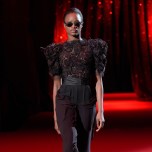 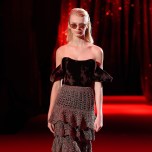 Ulyana Sergeenko’s invitation set a mysterious, mythical mood for the show, with an illustration of a wolf in the foreground pondering a fallen man, pierced with a spear, in the distance. A moon is rising — or possibly setting — there, too.

The designer was inspired by pagan times in Russia, when people worshiped nature, and women in particular were considered symbols of strength. Cut to the hand-knit flowers and embroideries inspired by plants and water festooning the fabrics, which also played on transparencies.

Two water-lily motifs decorated the top of one strapless dress and small floral embroideries adorn other pieces. Snake motifs slithered throughout some looks, such as a multicolor collar embellishment crafted with feathers and a corset.

Sergeenko also nodded to the power woman depicted in photographs snapped by Helmut Newton and Steven Meisel, which came through best in the sportier, sexy looks. But the collection’s romance won out, with highlights including a flowing red gown with ruffled sleeves.