The designer was inspired by a pyrotechnics display in Japan for his couture collection, which he released in crystal-studded chromatic bursts. 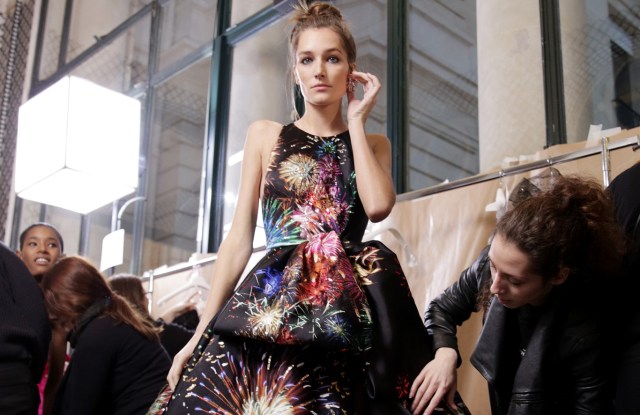 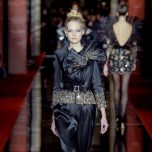 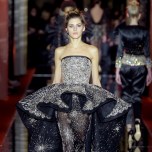 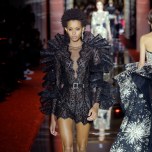 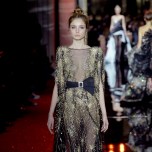 If you’re hoping to create fireworks on the red carpet, Zuhair Murad is your man.

The designer was inspired by a pyrotechnics display in Japan for his spring couture collection, which he released in crystal-studded chromatic bursts. He kicked off with a metallic lace minidress with a raised ruffle in front, dramatically framing the face.

It set the tone for a wildly theatrical display. Dresses came with sculpted peplums, oversized bows and trains worthy of wedding gowns. Ensembles in va-va-voom shades of fire red, fuchsia and emerald green were slit up to the thigh (paging Angelina Jolie…).

Murad’s flirtation with Eighties excess resulted in some missteps, like a dress covered in blue and gold crystals that was cropped so short in front, it literally let it all hang out. But he is also capable of finesse, placing sprays of colorful crystals on a black silk tulle dress.

The designer’s confident style has made him a favorite with A-listers like Sofia Vergara, Lily Collins and Olivia Culpo, who all wore Murad to the Golden Globes. With this collection, snagging a red-carpet credit on Oscars night shouldn’t be rocket science.