For Chanel's spring 2018 couture show, Karl Lagerfeld installed a French garden inside the Grand Palais. It was out of this world. 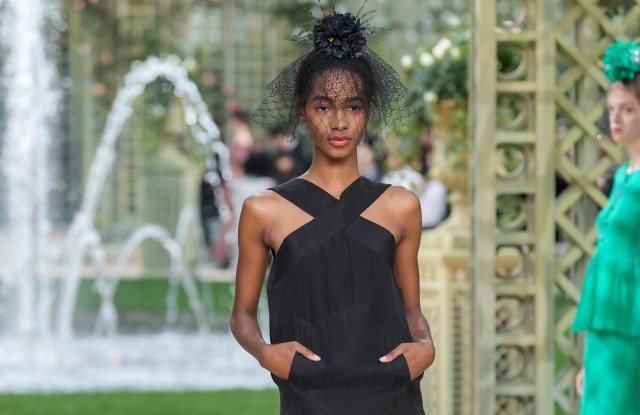 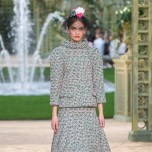 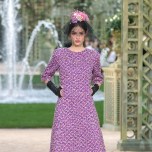 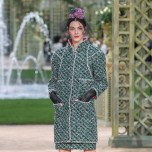 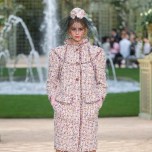 The archetypal French garden — a perfect example of man and nature working in concert to create the exquisite. Meticulous planning, layout and construction provide the structure for nature’s wonders to flourish while tended to with care, passion and fastidious precision by expert craftspeople. A similar collaboration holds for haute couture. Nature bestows the extraordinary human talent and will — from designer through to everyone whose hands touch a garment en route to completion — while those thus blessed have the good sense and fortitude to perfect their gifts for creating beauty.

When Karl Lagerfeld conjured a show inside a traditional French garden (albeit, one installed inside the Grand Palais), he was probably thinking more narrowly, at least officially. Whatever his private thoughts on his work and legacy, Lagerfeld would never voice aspirations more grandiose than servicing his customer by making beautiful clothes. His job, he says, is to make dresses. He chose the garden setting for Chanel’s spring couture show because he was feeling for that French je ne sais quoi.

Along the way, Lagerfeld succumbed to the floral spell, and gloriously so. It started at the top; each model wore a short black veil that fell from a nosegay at the top of her head. The flower power continued through the palette dominated by mostly gentle pinks with occasional outbursts of vibrant color.

Unlike many designers who drive home a particular message with singularity, Lagerfeld puts out so many ideas on any given runway — fresh takes on favorites included — that his genuine fashion news can get lost. Here, that came in a fabulous new “faceted shoulder,” its multiseam construction creating a rounded shape without significant padding. It was inventive and beautiful, but difficult to appreciate fully at a distance. The shoulder anchored a range of silhouettes — short, long, straight, full-skirted, cutaway and so on. Mixed in with the essential favorites: dramatic new A-shaped jackets and dresses that fell away from the body, their un-clunky volumes due to perfection of proportion and the lightness of Chanel’s tweed embroideries.

Evening proved a reverie of dream dresses, their moonlight iridescence dappled with pastels that whispered a powerful presence. These were interspersed with flamboyant organdy florals, a snazzy silver jumpsuit (with just a soupcon of Bob Fosse) and a series of intricately pleated gowns — pink, jade, bright blue, black — not a single crystal among them. Lagerfeld calls them “haute, haute couture,” at least, according to Amanda Harlech, “because it’s all in the construction.”

And in the raison d’etre. At this critical cultural moment when women are demanding genuine equality (only months ago, who would have said that that fight includes just being treated like human beings?), it’s reasonable to look at fashion as a vehicle — just one of many — that can aid women in being our best versions of ourselves. That doesn’t mean that a great dress remedies major societal transgressions. But a great dress/jacket/whatever can bolster one’s confidence, and self-confidence strengthens one’s voice. To Lagerfeld, maker of dresses, that’s a pragmatic calling, and a noble one.