The Japanese designer turned to the Space Age as he considers how today's clothing production technologies can be used to midwife the future. 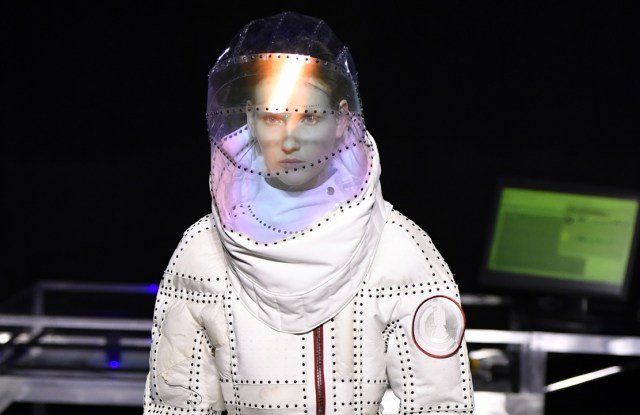 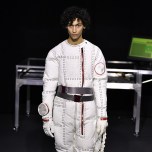 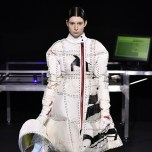 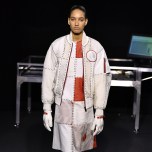 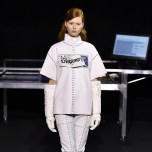 Ground control to Major Tom, what should we wear for interstellar travel? Yuima Nakazato turned to the Space Age as he considers how today’s clothing production technologies can be used to midwife its future. Where others have taken the 3-D printing or textile evolution route, modular components is where the Japanese designer is laying his ground work.

This season, he collected recycled materials from airbags, parachutes and other protective gear, and laser-cut them into puzzle-size pieces. Assembled without the use of a sewing machine, these elements can be easily recomposed. On a short-sleeved top, one panel had been left partially unsnapped, but as there was no further demonstration of this, we’re going to have to take his word for it. Patents for his snaps and other elements are pending in Japan, and he introduced the concept in ready-to-wear as of this season, he said before his show.

Nakazato is clearly concerned with the technicalities of his work, rather than their visual impact. His Lego Technic approach to clothing construction could go to infinity and beyond. On the runway, though, his designs — from the opening space suit to the final hooded full-body quilted cape with an iridescent closed visor — did not, to quote aviator-favorite poem “High Flight,” “escape the surly bonds of Earth.”