Welcome to Villa Chanel, where the dress code is serene luxury and high chic. 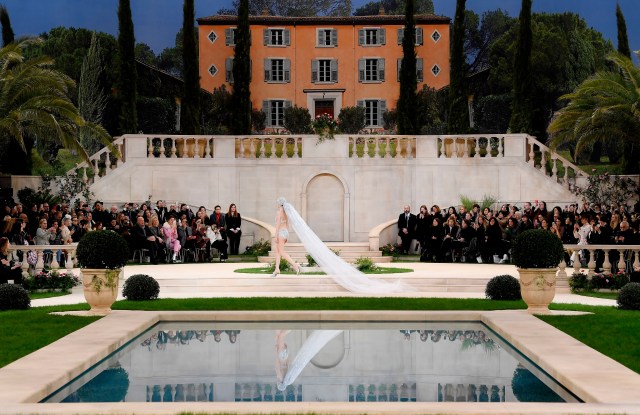 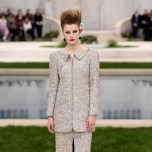 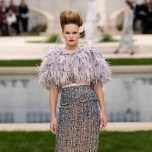 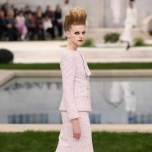 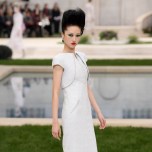 The Chanel couture show on Monday morning ended like no other — without an appearance by Karl Lagerfeld. Instead, when it came time for the bow, Virginie Viard, Lagerfeld’s right hand in the design studio, stood in for him, after which a voice announced over the public address, first in English then in French, that Lagerfeld had asked her to do so, while noting that he was expected at the second show.

When that didn’t happen, the company sent out a statement: “For the traditional greeting at the end of the show, Mr. Lagerfeld, artistic director of Chanel, who was feeling tired, asked Virginie Viard, director of the creative studio of the house, to represent him and greet the guests alongside the bride.

Viard and Eric Pfrunder, Chanel’s director of image, “continue to work with him and follow through with the brand’s collections and image campaigns.”

Lagerfeld has long awed with his super-human, never-stops approach to work and life, many of us assuming him preternaturally immune to so ordinary a condition as fatigue. It didn’t keep him away from work on Monday afternoon, which he spent as he does the eve of every show, in his Chanel studio presiding over the fruitful mayhem of final fittings. In between approving looks and requesting a tweak here or there, Lagerfeld asked Kim Young-Seong, the house’s resident fabric genius, to explain to guests the intricacies of embroidered and lace wonders, and coached a model to “use the folds [of the dress] like pockets.”

On his mood board: a picture of a spectacular estate, a magical Mediterranean sort of place. Only it was a center-of-Paris sort of place, “Villa Chanel,” installed inside the Grand Palais in that remarkable Chanel manner — no expense spared to realize an over-the-top idea to exacting specifications. Once inside, you’d swear you were at a refined countryside retreat, with nary care in the world. “It’s luxe, serene and calm,” Lagerfeld said. “Not like [the world] now.”

The collection lived up to the setting. Though lyrical and a bit nostalgic, the mood proved celebratory as Lagerfeld made a powerful case for the embrace of joyfulness — the joy of beauty, of nature (even pretend nature), of whatever does it for you. For this crowd, if exquisite couture doesn’t do it for you, then what are you doing here?

Lagerfeld drew with restraint from a favorite historical period: the 18th-century (the part before heads rolled), for a largely pastel palette, floral abundance and a silhouette with small-bodice and full skirt that nodded toward Marie Antoinette. Some iterations were unfettered, others embellished with relative discretion, such as rows of ribbons in graduated widths wrapping the bodice of a blue-and-white Delft print, or exuberantly, with flurries of ruffles or feathers. Linear alternatives included a series of horizontally pleated, pristine white dresses that looked simple enough, only the pleats were narrow strips of fabric sewn together and inset with lace. Stunning craftsmanship showed up as well in lavish embroideries featuring real dried flowers, painted over with resin for preservation of the prettiest sort.

Yet on Lagerfeld’s watch, couture isn’t only about evening; the ladies buy day clothes, too. So bring on those suits, mostly long and lean in glistening tweed embroideries — serene as per the designer’s mandate, perhaps, but not plain. If you’re the sort to gasp over buttons, you might need a fashion Heimlich. Even by Chanel’s button-obsessed standards, these were creative marvels. It seems that. like the devil, the genius is in the details, at least chez Chanel. Only unlike Old Scratch, divinely so.