The Italian designer worked denim and gray jersey into a laid-back collection of summery looks. 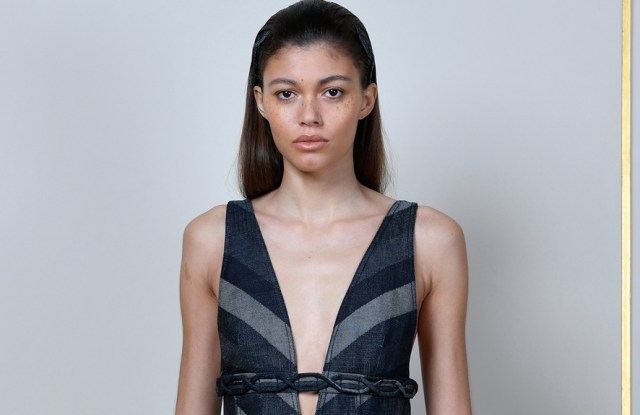 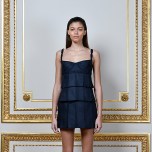 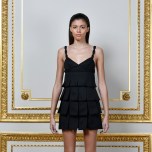 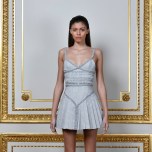 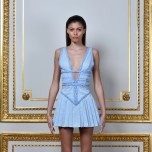 “It’s a different approach to haute couture,” said Italian designer Giovanni Bedin at the presentation of his spring couture collection. Indeed it was: the label presented denim minidresses and pieces made of sporty gray mélange jersey, two things that aren’t generally expected to be part of a couture collection.

For the designer, however, couture is above all about the technique. “For me, haute couture is defined by the number of hours you spend on a garment,” said Bedin, who hails from a family of men’s tailors, pointing to the intricately plaited bodices on some of his dresses.

Transforming denim into a couture gown apparently demanded quite some effort. On a tiered black dress, layers of denim panels slightly progressed in size from one level to another, giving the impression of an elongated silhouette. Bedin favored relaxed fabrics such as jersey, poplin cotton and silk to craft his sleeveless silhouettes — but stressed that, this being couture, sleeves and lengths could be customized as wished.

The collection, mini- to maxi-dresses in a neutral palette, had a laid-back Mediterranean vibe. Models wore simple tied sandals, which were hand-pleated by French artisans.

“These aren’t dresses to wear to go to the opera, but rather to walk barefoot in a seaside town,” explained the designer, who is intent on creating a niche for himself within the market. Suffice to say there aren’t a lot of designers attempting to bring couture to the beach.