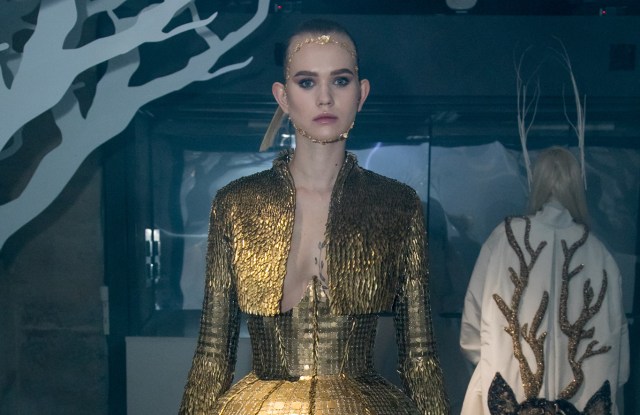 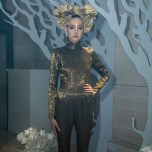 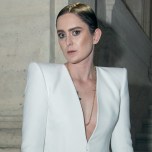 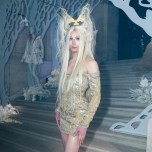 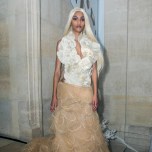 August Getty sought to create a healing sanctuary with his “The White Hart” collection, peopled with ethereal, androgynous beings and mythical creatures. Shades of white dominated the collection, the centerpiece of which was a voluminous bustier gown adorned with pleated ruffles crafted from a paper-like fabric. One sculptural design resembling a calla lily was sketched when he was only 13. A tarnished gold bolero was made from hundreds of metallic feathers, a motif also evoked in a voluminous tulle gown worked with shimmering petals, while the open back of a white silk crêpe pantsuit was embellished with an articulated metal spine to suggest inner strength.

WWD Critique: While the ambience of the presentation was unsettling, Getty’s dramatic and otherworldly creations pushed the boundaries of innovation and were full of imagination.