In her return to couture after a four-year pause, Jarrar flexed her tailoring prowess. 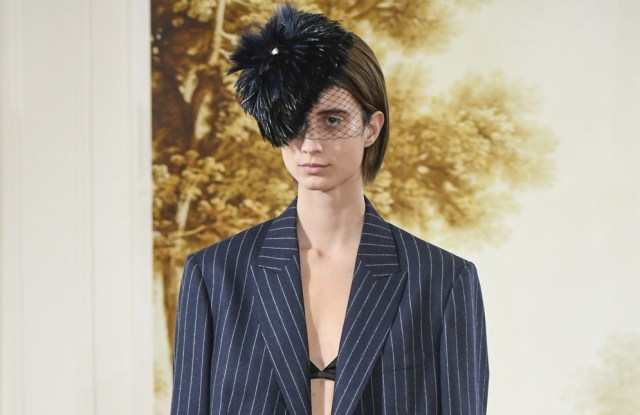 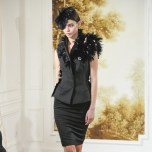 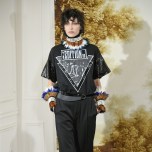 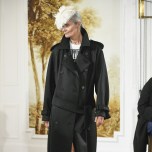 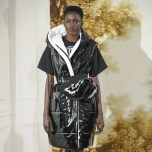 As the models milled around the grand salon of Bouchra Jarrar’s apartment for the finale, it hit your brain anew like a coupe de Champagne: Wow, Parisians really do have a certain je ne sais quoi. Were it a cocktail party, it would be hard to imagine a more handsome, alluring and well-dressed cross-generational crowd.

In her return to couture after a four-year pause, Jarrar flexed her tailoring prowess, and showed that her flair for imbuing familiar clothes with a soigné spirit is in fine fettle.

A fetish model of Claude Montana back in the day, Axelle Doué had her silver hair pulled back into a neat ponytail and looked about as good in a beefy boiled wool trenchcoat and wide-leg trousers as is humanly possible. A tall, extremely handsome young man in the same black coat was her only competition.

Jarrar presented just 15 looks — what she called “an ideal wardrobe.” Her women’s tuxedos, nipped low on the waist and with narrow, slightly cropped pants, certainly looked like keepers, as did the navy pinstriped pantsuit that opened the show, as dignified as it was slouchy. To soften other tailoring, she added swags of fabric, Berber scarves that wink to her North African roots and ruffs of feathers. The pants were as cool as ever, leaning to wide and puddling.

If the designer has any Achilles heel, it’s flou. Simple black crepe gowns were decorated only with flashes of flesh via a Fontana-esque slash across the front, or a deep-cut in the back.

But for considered, impeccable and classic daywear oozing French chic, Jarrar is tough to beat, from the pearled crown of her feathered acorn caps to the thick-soles of her J.M. Weston shoes. Welcome back, Bouchra!