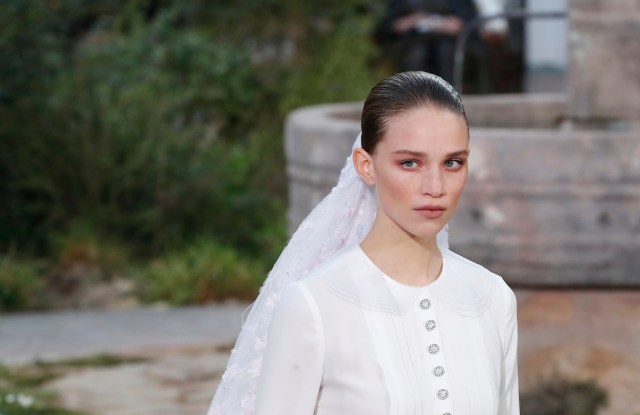 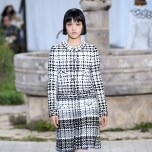 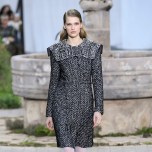 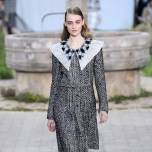 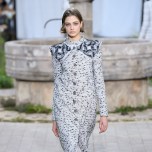 Mark the season: With haute couture spring 2020, Virginie Viard took full creative possession of Chanel. She found power in pretty in a collection seemingly definitive in its schism from the Karl past, a break that stirred a waft of wistful among some in the audience. But Chanel is now a year into its “next phase,” and Viard did herself and the house proud. It was a delight to behold.

For inspiration, Viard looked to an intense, formative period in the life of the house founder, when, after her mother’s death, the young Gabrielle and her sisters were sent to the convent school at the Cistercian Abbey of Aubazine in Corrèze. There, Chanel found references from which she would draw for a lifetime. How long they stay with Viard — who knows? But in this crucial moment for her, she delivered masterful invocations.

Intentionally or otherwise, with her choice of reference, Viard drew an inescapable parallel: adolescent girl schooled in a world of austerity and wonder; mature woman, apprenticed long-term to modern fashion’s greatest maestro. Just as Gabrielle would leave the protective if confining shadows of the convent, Viard has emerged from the shadow of her brilliant longtime mentor.

“Convent life” — the words telegraph dour. Yet Viard wanted none of that takeaway. For her set she commissioned an overgrown, messy garden of wildflowers to recall that of the abbey, which she’s visited. Strolling the garden’s paths, her models were the antithesis of the surrounding bucolic dishevelment, their looks polished and precise but not austere. They captured the exactness of uniform dressing while rejecting its rigor. And they flaunted the pretty flourish of pristine white collars that tempered propriety with a dollop of decoration.

The clothes were Chanel through and through, but with a proverbial twist: They pulsed with a youthful currency rooted in more than the charming styling conceit of white hose, thick ankle socks and chunky-heeled, demonstratively un-glam shoes. The jeune fille mood surfaced in tailoring that relaxed into a sportswear attitude and a loosening of proportions, sometimes a little (lean, self-belted dress with crisp pointed collar), sometimes a lot (dropped-torso glen plaid number with full skirt and fuller sleeves). It came mostly in upbeat mixes of black and bright white, often in exquisite sparkly tweed embroideries. Such looks should appeal to couture’s newest demographic, the young hautes. In fact, some found the direction too young. But clients of a more traditional mature couture ilk will find plenty to wear, in lean coatdresses and a stunner of a bejeweled black suit with cardigan jacket over a long, side-slit skirt. As for the newest way to wear a Chanel suit — skirt veiled in a black over layer — any age, anywhere.

Evening swung from would-be-monastic (but not on Gigi) in a belted black gown with white collar and cuffs to an overtly girlish puffed-sleeved pinafore wonder. In between: a wealth of sundown stunners that flaunted all the glory of the Chanel ateliers while retaining a dignified air. Get thee to a nunnery? As long as it’s of the Order of High Chic.