For his first showing as a guest on the couture calendar, Imane Ayissi highlighted the diversity of African craftsmanship. 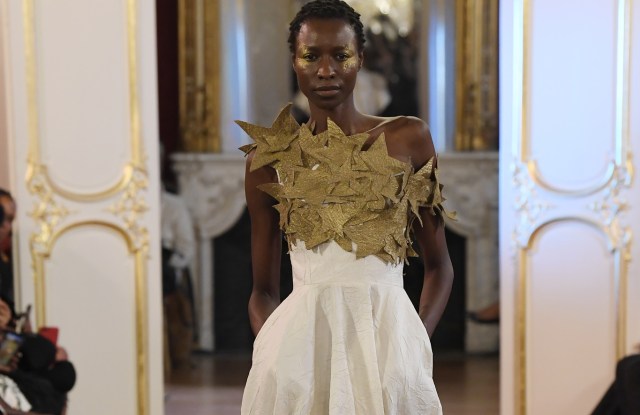 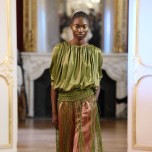 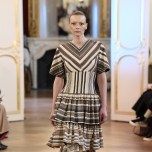 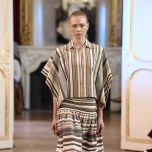 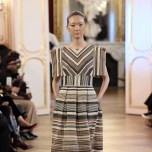 The excitement was palpable as guests awaited the Imane Ayissi show Thursday afternoon, keen to witness a historic moment — the first time a designer from sub-Saharan Africa has been a guest designer on the official couture calendar in Paris.

Ayissi, who has been showing his designs in Paris off-schedule for several seasons, created a wardrobe combining swathes of silk with techniques and materials from across the continent. Rustic fibers were exalted via intense craft: the 3-D appliqué flowers of a series of silk gowns were made with beaten tree bark; coats and capes from fringes of raffia. Geometric prints formed the motif on diaphanous silk pieces, while a striped fabric from Burkina Faso became graphic dresses and patchworks of kente fabric from Ghana were worked as boxy coats.

The most interesting pieces in Ayissi’s lineup were those that clearly celebrated heritage craftsmanship. The more understated silk pieces for example, while pretty and very wearable, perhaps lacked the differentiation needed to stand out in the couture arena.