Times are newly lean at Valentino, and beautifully so. 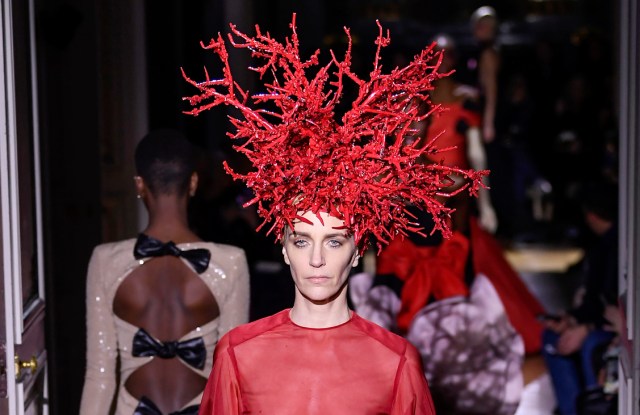 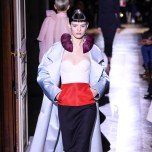 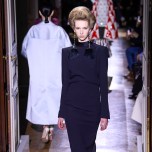 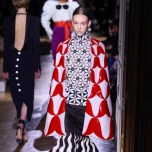 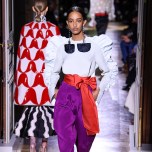 Carl Jung. Dreams. Surrealism. The role of the subconscious. During a preview of his couture collection, Valentino’s Pierpaolo Piccioli talked about all of the above, so that one might have anticipated an out-there, arty collection. Instead he went as haute as it gets, his lineup steeped in references from the midcentury when, for certain well-bred Swans, dressing was an art and haute, it’s most glorious medium.

Piccioli talked about wanting to channel his creative passions freely, and freedom is not a linear concept. While we tend to think of it as favoring iconoclasm, it can also operate in reverse, piquing interest in traditional codes and standards, as happened with Piccioli for spring. He believes steadfastly that couture is the stuff of dreams, but now felt the urge to pull back the curtain on a bit of the dream, to reveal something about the unseen workings of classic couture. “I wanted to give light to the human process behind the show, showing the construction in a very subtle way. I wanted to show a bit of the process, but not too much.” He did so by highlighting the inner structure of some looks via exposed corsetry, and with the help of a magnificent casting that featured, along with the usual suspect young beauties, older models including Stella Tennant, Karen Elson and Maria Carla Boscono.

Tennant opened the show wearing an airy pink chiffon blouson that contrasted the structure of a black siren gown. Statement: Piccioli was moving on from the grand volumes with which he’s recently captivated and inspired fashion. For spring, he went full-on body-con with elegance. Through 73 more looks, he made a brilliant argument for that shift. Tennant’s trumpet shape became a recurring theme. So did linear layerings, some of which injected a hint of offbeat artsiness. Along the way, Piccioli invoked key elements of haute’s midcentury golden moment: intricate constructions; bold silhouettes; grand flourishes, particularly ruffles, and all sorts of exquisite artisanal work, the motifs ranging from high-intensity geometrics to celestial motifs (that surrealism reference). And he worked more of the marvelous color combinations that have secured his reputation as fashion’s most audacious colorist since Yves Saint Laurent. It was breathtaking.

A cynic might say that Piccioli pared down the clothes more out of necessity than a desire to reveal what’s behind the dream because he’d gone as far he could with the big stuff, and that at the end of the day, most women prefer a lean silhouette. So what? The clothes were gorgeous, and women will likely be obsessed, starting two weeks from now at the Oscars. Fashion is supposed to evolve, and with this collection, Piccioli has pivoted with grace and power. This is his moment, and its arresting beauty is a joy to behold.