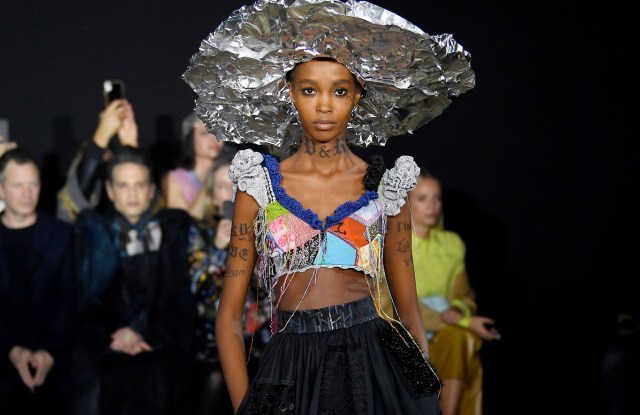 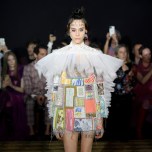 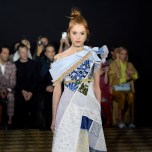 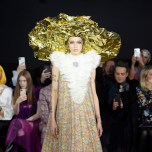 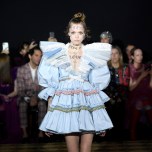 When they started working on their spring couture, Viktor Horsting and Rolf Snoeren were running out of material, in the most literal manner. After seasons of upcycling and reuse, “there was almost nothing left,” Snoeren said before the show. “What we had in the office were just these boxes of fabric swatches suppliers had sent us over the years.”

Waste not, want not, so they took the ones most appropriate for a couture setting and used them for very elaborate patchworks that featured an abundance of micro-florals, crisp cottons and the occasional eyelet. But this was no somber sustainable statement. Inspired by the Holly Hobbie cartoon (itself inspired by the eponymous American illustrator and a folksy rag doll that featured in her children’s books) and Laura Ingalls Wilder’s “Little House on the Prairie,” shapes were easy to wear and free-flowing, with most being variations around the A-line, from mini to floor-sweeping. The vibe was very much youthful, make-do-and-mend-made chic, especially when paired with jelly sandals and bags from their collaboration with Brazilian brand Melissa.

On bodies and faces, the models sported tattoos. Some were as simple as “love,” “peace” or “flowers” while others were the kind of quotes that sit on Instagram under the #inspo hashtag, such as “you must be the change you want to see in the world,” “Success is not final/Failure is not fatal.” There was even an amusing “Keep calm and get tattooed.”

Paired with their statement of “elegant economy,” as Viktor Horsting put it, the show conveyed a sense of reclaimed freedom and lightness. “We ourselves feel a bit more light,” Snoeren said. “Lighthearted,” Horsting added. In their frontier frocks, the Viktor & Rolf’s “little women” appeared ready to take on the world with a spring in their step and their mantras on their sleeves.