Taking cues from the work of Astro Boy creator Osamu Tezuka, the Japanese designer experimented with new-gen textiles to map out a progressive yet harmonious future. 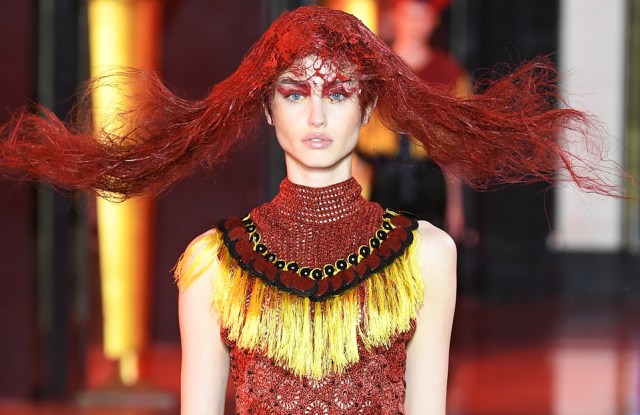 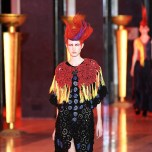 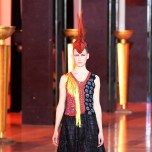 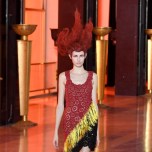 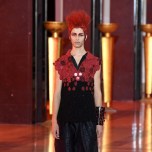 You could imagine yourself on another planet at Yuima Nakazato, where red sunlight streaming in through the windows and Art Deco columns of the Théâtre National de Chaillot were the backdrop for his exploration of new textile technologies.

Much of his work is devoted to making clothes transformable by the wearer, through the use of proprietary snap closures, but his arsenal of techniques and vision of garment creation are so interconnected that it is impossible to speak of one without the other. To wit, Nakazato used bio-smocking, a technique that allows him to digitally control the shrinkage rate of a fiber, to fit rectangular pieces of fabric “like a kimono shape but also Western tailoring, without needle and thread, or waste” to the body, he said backstage.

Through the technologies at play here, Nakazato outlines a different but no less enticing future than the one offered by Iris van Herpen.