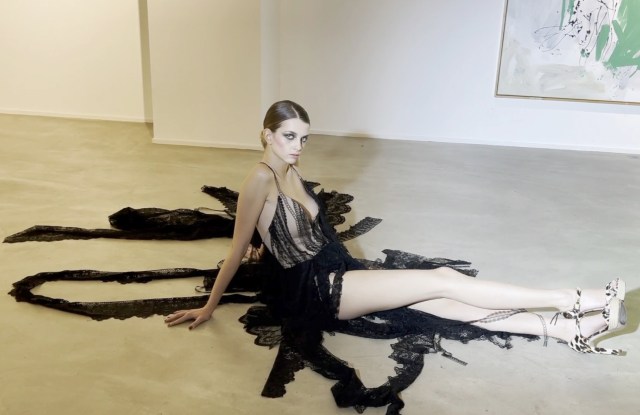 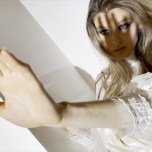 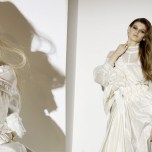 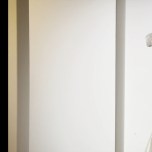 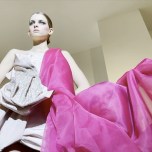 Italian designer Sofia Crociani again wanted to share a positive message with her collection, which was inspired by ecology.

She mixed findings of CNRS researcher Virginie Maris about nature’s decolonization; NASA tests done in the Sixties on spiders, which began spinning newfangled webs after ingesting drugs, and bees, since they don’t negatively impact their environment.

“Bees inspire me also by the colors that they see — apparently bees don’t see flowers like we do,” explained Crociani. “I went with a microcosm of nature.”

Her eye homed in on the garments’ details, too. This Aelis collection is ethereal, rich in draping, with vintage lace and cotton crochet, a new technique Crociani deftly wove in for the season.

One look she calls the “spider dress” is constructed with various bands of lace that fan out with any movement. A bustier in cotton mousseline is spangled with Swarovski crystals, and a sculptural, sleeveless minidress comes draped on one side with a swathe of fuchsia-colored silk.

Crociani’s friend, Frankfurt-based choreographer Jacopo Godani, was invited to work on Aelis’ video presentation for a second season running. Filmed in Suzanne Tarasieve’s gallery, with the backdrop of two Baseltiz paintings, models sport some of the spring looks.

They twitch and gesture like spiders, surrounded by the webs of Aelis’ fine fashion.