The dresses that Alber Elbaz unveiled after a five-year absence are very chic — and very him. 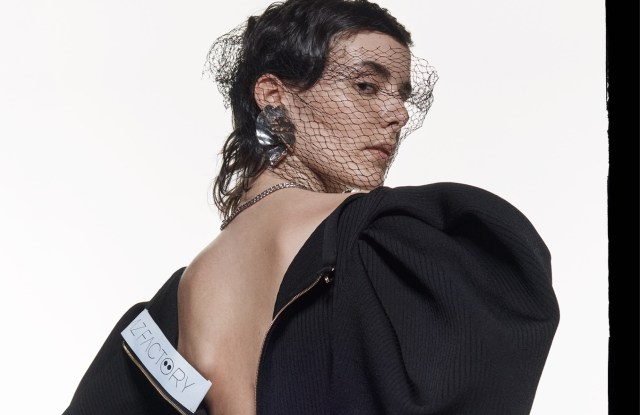 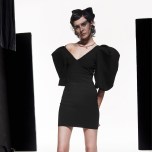 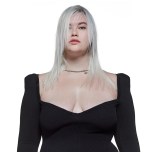 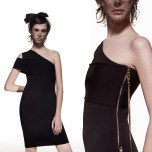 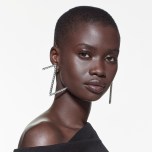 For all the backstory Alber Elbaz provides for his AZ Factory debut — and it’s a doozie that unfurls in an occasionally cringey 25-minute film — in the end the designer says he wants his dresses to disappear. “So you see only the women,” are his words.

That might sound like a platitude, but it’s kind of true. The dresses that Elbaz unveiled after five years away from the Paris schedule are very chic and very him — some taut and soigné; others with that pouf of couture magic he conjures so well. But they don’t disappear because they are familiar, but more so because they just seem so right. A hem that’s too short can distract. Ditto a sleeve that ends in an awkward place, or a garish color, or an excessive flourish.

Not at his factory.

Elbaz did well his work as a designer, and also as an engineer, fortifying his already alluring aesthetic — honed over a 14-year stint at Lanvin — with smart fabrics, in line with his “solutions-driven” approach with his fashion start-up, a joint venture with Compagnie Financière Richemont. Prices are also clever, well south of most luxury brands — from about 210 to 1,300 euros for starters.

His first volley — he’s doing projects or stories, not collections — is My Body, dedicated to “anatoKnit” dresses with shapewear qualities that were inspired by knit sneakers. Thanks to 13 different tensions of Lycra, the viscose fabric hugs the body in some areas, and releases in others. Some dresses have ergonomic sleeves, long gold chains to yank up the zipper, and they look as good in cream as they do in black. Elbaz said he fit all colors — because the dye affects the stretch capabilities — and all sizes, from XXS to 4XL.

Next up is Super-Tech-SuperChic. Working with a few European start-ups, Elbaz seriously zhushed up nylon microfiber — which is usually used for activewear or innerwear — into cloqué and tweed-like textures and carved out proto-couture shapes: cocktail dresses with a small flounce, a killer tuxedo, a cardigan jacket with gold buttons the size of jawbreakers.

And finally there is Switchwear, melding the hero garment of the pandemic — leggings, basic tops and hoodies — with glamorous evening separates in recycled duchesse polyester, taking a woman from couch or yoga mat to a grand soirée in a flash. “You can be AZ lazy, or AZ crazy,” Elbaz says in the film. (Or add a bird brooch to his black workout top and red flaring skirt and you can be Lady Gaga about to sing the American national anthem. Quelle coïncidence!)

Elbaz also tossed some artsy pajamas, chunky costume jewelry and pointy sneakers into the mix, which spice up all that science-based dressing.

His digital event to “show fashion” wasn’t sure if it wanted to be a talk show, a home-shopping parody, a documentary, a weather report, a film noir, a music video or a monologue, so it had a little bit of everything — even congratulations messages from Marc Jacobs, Rick Owens, Pierpaolo Piccioli, Anna Wintour and others. After being absent from the fashion scene for so long, it’s clear Elbaz still has a lot to say, and that’s a good thing. Welcome back, Alber!