The designer hand-painted clothes and bodies for his debut collection at Paris Couture Week, sponsored by MAC Cosmetics. 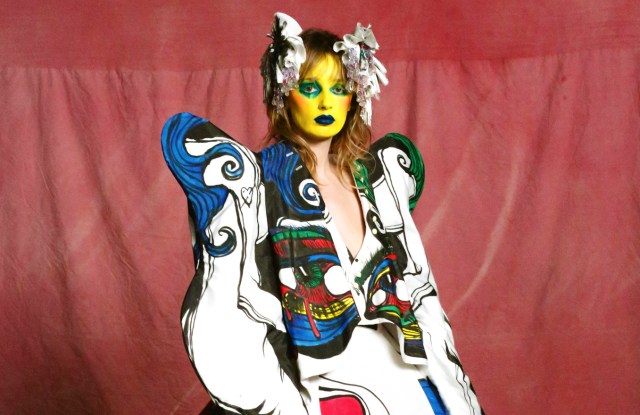 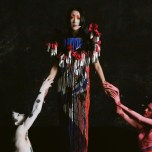 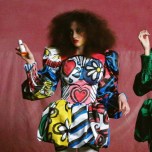 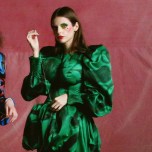 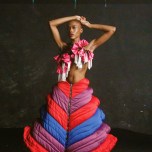 Charles de Vilmorin has a unique technique for finishing off his one-of-a-kind, hand-painted haute couture outfits.

“Once the fabric is painted and dry, I totally crumple it, I kind of destroy it, I sit on it, I bunch it up and leave it lying around for a few days so that all the extra paint residue falls off,” he explained.

The 24-year-old designer, who is making his debut at Paris Couture Week less than a year after launching his brand in the midst of the coronavirus pandemic, is equally sanguine about the fate of his creations.

“Obviously, if you wear some of these pieces in the rain, I’m not sure they’ll come out in great shape. But I like the idea of things that don’t last,” he said.

De Vilmorin was supposed to make his runway debut this season. Instead, he shot a video that was equal parts high fashion, performance and drag. Sponsored by MAC Cosmetics, it took the form of a series of tableaux featuring faun-like creatures in full body paint, a parrot and a close encounter with an airbrush.

The whole thing came bathed in an impressionistic flou that brought to mind Paolo Roversi photographs, but made it frustratingly hard to see the clothes, which is a shame because they came across as truly extraordinary.

Not only is his pictorial style highly recognizable — de Vilmorin’s curly brushstrokes were applied to motifs like butterflies, flowers and nudes — but his drawings lend themselves to a variety of styles, from a hoop skirt and matching jacket with oversize leg-of-mutton sleeves, to a yellow ruffled smock dress with an ostrich feather hem. He even painted over the models’ Francesco Russo shoes.

Hourglass dresses with large fake breasts — one of them is comically pierced with a needle and thread in the video — were inspired by the work of French artist Niki de Saint Phalle. So was de Vilmorin’s appearance, toting a rifle — an unsettling image that was a reference to de Saint Phalle’s Shooting Paintings, made by shooting with a gun at bags of paint.

The designer has always had a flair for performance. “When I was little, I wanted to be a theater director,” he said. He’s just received his first commission from a museum, but doesn’t want his colorful creations to end up behind glass. “I don’t feel protective of my clothes. On the contrary, I like to see them live,” he said.