Working under lockdown in explosion-scarred Beirut, the designer conjured a dream world with his most theatrical collection yet. 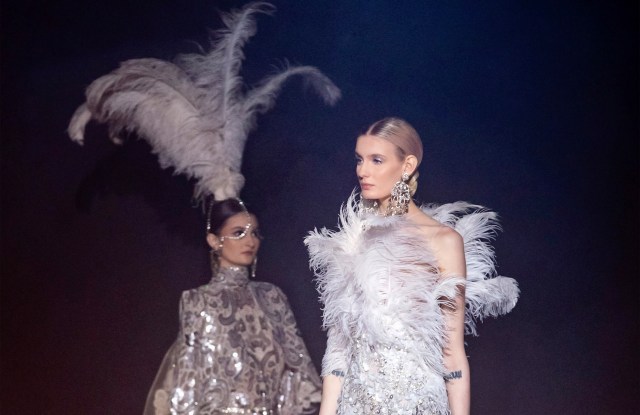 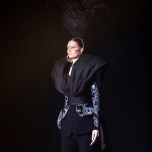 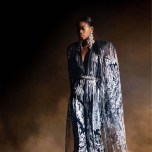 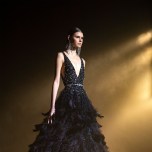 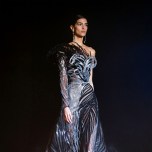 Go big or go home: That seemed to be Elie Saab’s mood in a season when the challenges facing his haute couture workshop in Lebanon seemed almost insurmountable. Six months after a deadly blast in Beirut, the designer and his teams remain under strict lockdown, with his couture staff of 400 working in socially distanced shifts.

That didn’t stop him from producing some of his most extravagant designs to date: theatrical dresses sparkling with thousands of crystals, covered in feathers, and sprouting frothy organza ruffles.

“With everything that’s going on around us, we really need to dream,” he explained via Zoom. “Usually, 90 percent of my designs are wearable. This time, I went a bit further with more exaggerated volumes and feathers, because I think that when we dream, we want to see things that are a bit more inaccessible.”

Saab was unable to shoot the outfits in time for Paris Couture Week, which ended three weeks ago. But the images he unveiled on Thursday betrayed none of the difficulties in getting the collection made.

The designer used fabrics in icy shades of blue, lilac, ivory and mint green to channel his “Theater of Dreams” theme, emphasized by chandelier earrings, rhinestone headpieces and silver embroideries inspired by celestial patterns. Strings of pearls dripped from the bodice of a pale blue dress with cutout shoulders and a cape back.

With their marabou-trimmed capes and ostrich feather headdresses, some of the models looked ready to hit the stage in Las Vegas, but Saab is conscious that not all women are in the mood for extravagance — even if smaller-scale weddings have kept his atelier busy during the coronavirus pandemic.

“It’s a bit over-the-top, but, of course, we’ll find a solution with the customers. We’ll take the spirit of the exaggerated dress, and make it into something more wearable,” he said.

Fashion can seem like a frivolous concern at a time when many people are struggling to survive, but as a symbol of resilience, this escapist lineup was hard to beat.