Viktor Horsting and Rolf Snoeren threw a couture rave in the basement of an old ammunition factory. 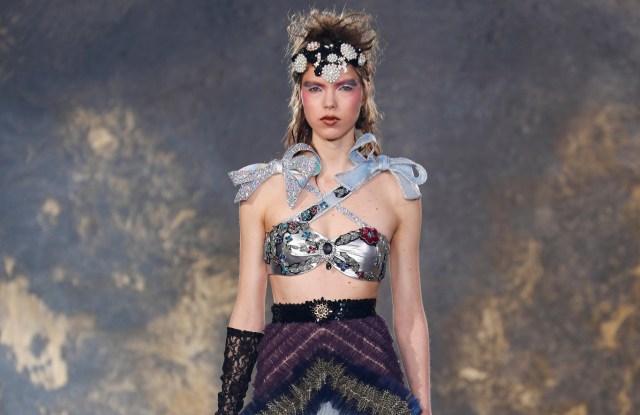 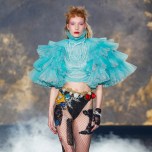 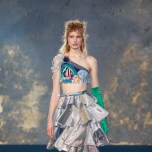 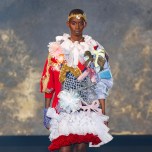 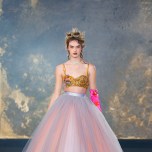 What would a couture rave look like? Viktor & Rolf decided that after months of doom-scrolling and lockdowns, that was the tonic to lift spirits and get some energy going, the pair said over a Zoom.

“There was a point where we thought ‘What’s the point in fashion?’ and ‘How is what we do relevant?’ For this season, we wanted something really lighthearted so we thought a party because we cannot go dancing,” said Rolf Snoeren.

They also figured that this new era called for strong women. “Warriors, but computer game ones,” Viktor Horsting clarified. Cue fierce women down the audience-less runway toward the camera, decked in bright confections and patent combat boots in the spring collection video, titled “Haute Fantaisie.”

Jewel-encrusted brassieres, bodysuits and those heavy boots conjured WWF cage fighters, even when balanced with voluminous tulle skirts. The shoulders of a silver and aqua mesh blouse were so sharp they could take an eye out. Even a “Bridgerton”-esque floral gown had edge, its conventional prettiness broken by a jumble of black laces.

Transforming a negative into a positive was the driving force here, with the duo kicking their upcycling into an “anything goes” overdrive, turning leftover materials, a seemingly endless cache of fabric swatches and even some old V&R dresses from waste to wow.

Cobbling together bite-sized pieces brought novelty. “That’s why there’s a lot of tiny clothes in the collection,” Horsting said, pointing out that showing this much skin and underwear as outerwear was new style turf for the Dutch duo, prone to enveloping the body.

If it was visually overwhelming, mission accomplished. “We wanted there to be a lot going on,” Horsting continued. That was putting it mildly. Between the eye-popping color combinations, shimmering fabrics, ruffles by the yard, found costume jewelry and the surplus of adornments — from crystals to embroideries, beads to chains — the looks had a DIY mien — half punk, half 1980s Pat Benatar.

Even when looks ended up more messy than museum-worthy, the collection showed that there is beauty in picking up the pieces.