The Japanese designer used his futuristic repertoire in an evocation of the invisible realm of memories and feelings, inspired by Lauren Wasser. 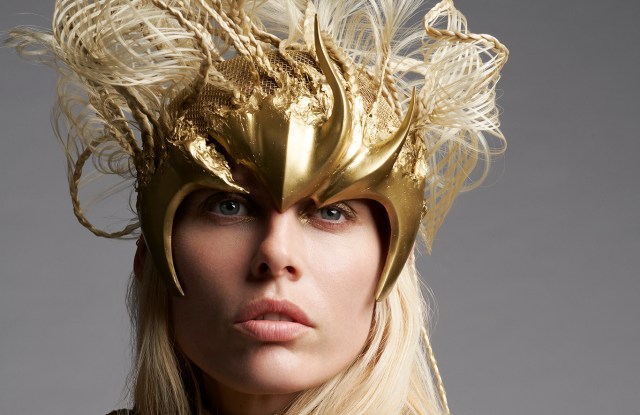 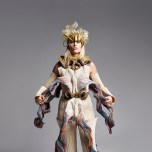 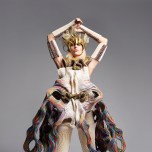 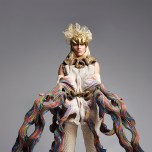 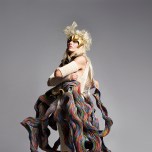 One garment, infinite possibilities. That’s what Japanese designer Yuima Nakazato has been working toward for years, creating a sewing-free assembly system called Type-1, and developing a textile-modeling method to create 3-D textures harnessing the properties of a sustainable protein-based biomaterial from Japanese producer Spiber.

Starting as a beige body suit, his spring 2021 outfit sprouted tendrils that eventually wrapped model Lauren Wasser entirely in a colorful cloud, making her look like a figure straight out of a mythical tale. Nakazato described these organic waves as the materialization of the invisible realm of inspiration and memory.

Wasser, who lost her legs as a result of toxic shock syndrome, embodied Nakazato’s long held-belief that clothes aren’t just wearables but should be designed as function-enhancing integral parts of the body. “Lauren represents the overlap between the coming new era — after difficult situations, the transformation and regenerations — but also [current] human accepted visions,” he said.

For all his high-tech experimentation, the Japanese designer sees technology as merely as new tools to continue couture ideals, particularly those related to sustainable practices like made-to-order production and repair-ability.

Point in case: the gravity-defying shapes of her outfit owed just as much to the cutting-edge design methods and materials used to produce them, as they did to the Japanese “boro” patchwork technique, an ancestral form of upcycling using small fabric scraps to create unique multicolored pieces.

Nakazato often regretted that such techniques, now often costly, were limited to the affluent few. It’s a state of affairs he is set to challenge shortly. After five years of tinkering, he is set to launch ready-to-wear within a few weeks. This initial offering will feature knit pieces that can be mended and modified by clients literally at the snap of their fingers — via detachable Type-1 dot fastenings.