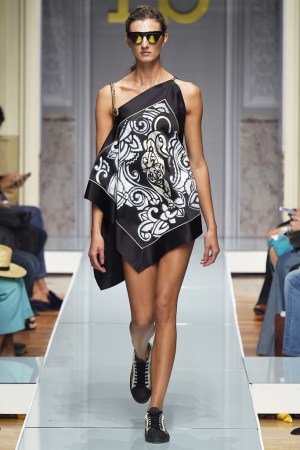 The designer reprised last season’s black-and-white mosaic pattern with items including a micro-fringed skirt paired with a white satin jacket featuring black stencil patterns inspired by tribal tattoos. More in tune with his theme were the dancing figures that appeared on a short black dress with textured gold trim.