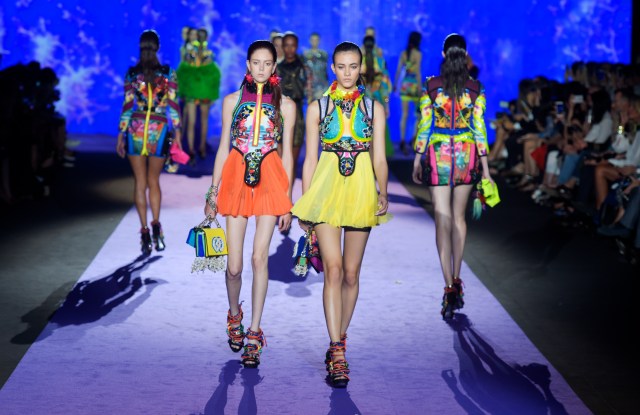 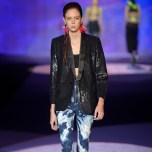 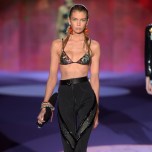 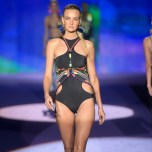 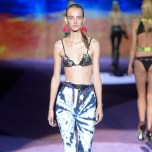 A lesser-known fact about Dean and Dan Caten: They both surf, partial to the waves in Barbados. Well-known fact: The exuberant twin designers can be prone to overstatement on the runway.

Backstage, the designers said they imagined a fierce surfer girl — her sparkling platforms lashed with technical cords and shackled to her ankle like a long board — heading straight from the beach to a rave. It’s an amusing scenario that yielded sausage-casing leather mummy dresses zipped up like wetsuits; layered jersey ones resembling swimsuits riddled with cutouts; and sparkly scuba leggings.

Slouchy black pants, skinny tie-dye jeans and sequined jackets were among the strong items not drowned out by the theme.

Asked what they do after a day of surfing, the designers looked at each other, and Dan Caten delivered the answer: “We go home,” he said.