The show had Eighties overtones: the puffball dresses in Windbreaker nylon; the ungainly overalls; the big shirts, and the boxy tailoring. 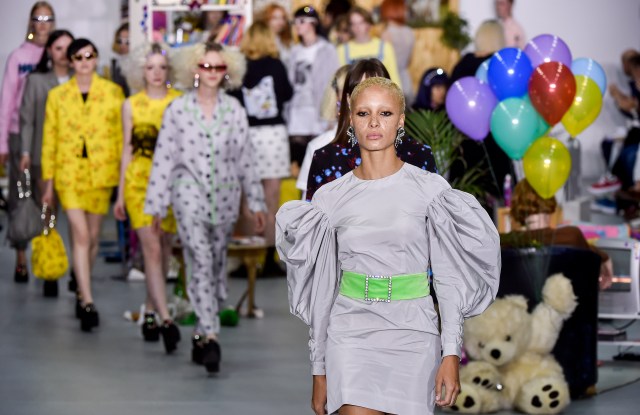 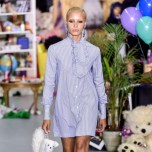 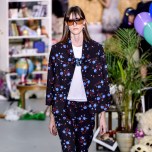 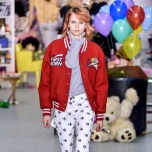 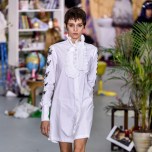 Teenage bedrooms have changed somewhat since the Eighties, with idols now adored on screens, not on posters like the ones of River Phoenix that Ashley Williams once gazed up at.

But they’re still messy places — like the one Williams laid out on the runway — and fester with angst, rebellion and occasional dalliances with adulthood.

The show was fun as the cast of characters detailed in the show notes loped out past bookcases and an unmade twin sleeper: “Hollywood Hills trailer trash, Dalston diesel dykes, bendy weirdos and brilliant bouncy nerf herders.” (Urbandictionary.com defines the latter as farm boys.)

Many of the clothes had an Eighties gloss: the puffball dresses in Windbreaker nylon; the ungainly overalls; the big shirts, and the boxy tailoring.

The T-shirts and sweats bore slogans like “Haircut” and “First Born” down the sleeves — like Vetements but with zesty humor and in candy colors. Daisy Lowe and Alexa Chung were among “It Girls” in the front row wearing mauve ones declaring: pierced.