The designer staged a contemplative presentation, based around seven characters and the emotions they represent. 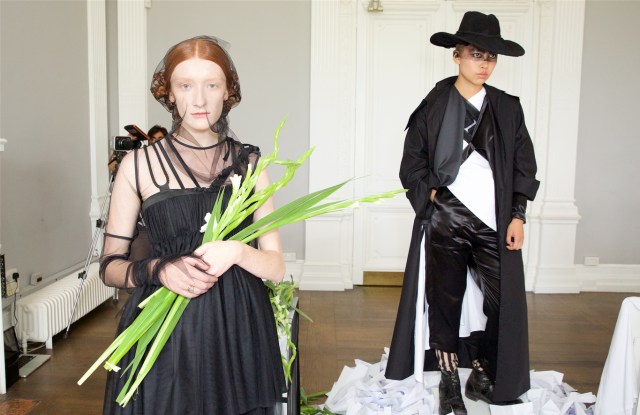 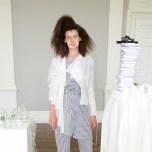 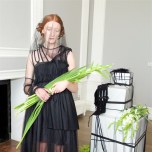 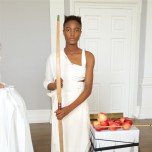 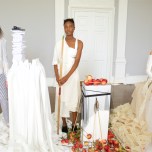 Phoebe English’s contemplative presentation, which had the air of an art installation, directed the spotlight on seven models, who each represented “seven different events — and emotions — that happened across seven days,” English said.

What prompted this conceptual approach? “The country’s going through quite a lot of changes, and it’s very hard to live here and not be highly affected by what’s happening,” said English, referring to the country’s fractured atmosphere following the shocking Brexit vote. “So I think it was my creative way of dealing with those changes.”

English said that she designed each look based on seven characters — a firing archer, a weeping water bearer, a questioning inquirer, a lying smuggler, a shouting chanter, a waiting strangler and a losing mourner. The archer, for example, wore a dress fashioned from draped and twisted white fabric, with a bow and arrow and a pile of arrows ready to shoot. The mourner, meanwhile, was clad in a tiered, black tulle dress and a veil, holding bunches of gladioli.

English said she built more looks for the showroom around each character, opting to show seven for a “concise” effect. The approach succeeded in creating an emotive, impactful experience amidst a sea of shows.