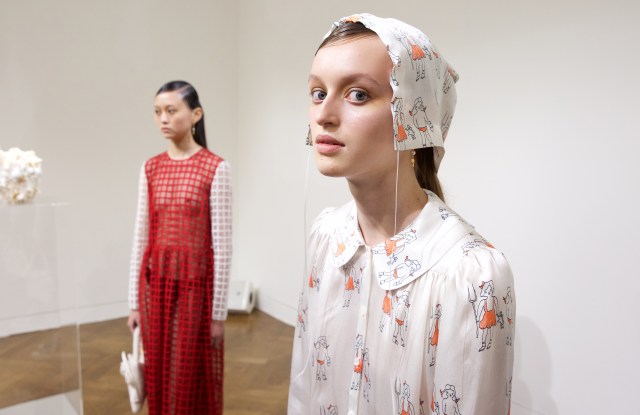 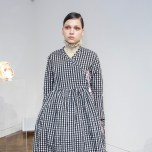 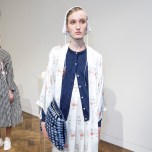 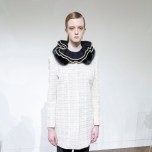 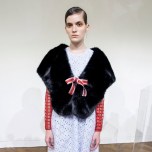 Given that her Shrimps label debuted as a handful of colorful, kitschy faux fur coats in 2013, the serene, thoughtful ready-to-wear collection that designer Hannah Weiland presented Friday represented a real departure from her usual aesthetic.

The faux fur was still there, but this time Weiland largely worked in what she called a “creamy, tonal palette.” One cream faux fur garment, which hovered between a gilet and a dress, tied with bows at the center while Weiland also fashioned the material into structured, Sixties-esque coats.

Added to the lineup were girlish organza dresses — one was embroidered with tiny doll-like figures, its full skirts sprouting from an Empire waist. Puff-shouldered silk pajamas were printed with a design of sweet children holding pitchforks. “I wanted innocence and I wanted to portray this spooky girl, like ‘The Shining’ twins,” said Weiland, speaking on the sidelines of her gallery-esque presentation at Christie’s in Mayfair. She also name-checked the often surreal work of British artist Edward Wadsworth.

Some of the looks — particularly the organza dresses with an embroidered check — had an air of Simone Rocha’s wistful, historically inspired designs. But for the most part, Weiland’s brand of quirky femininity trod its own path.