Mario Dice combined archival details like 3-D pleating with a modern approach to daywear in his debut collection for the house. 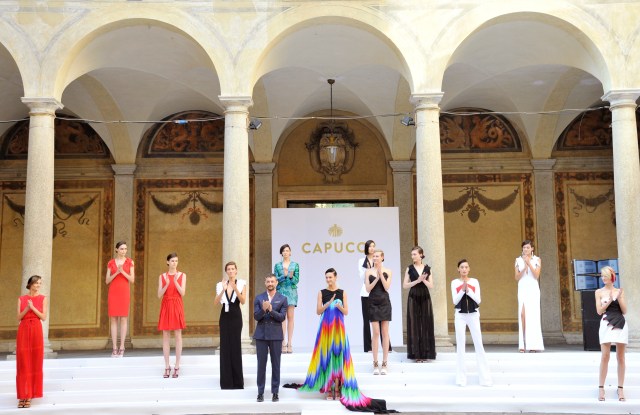 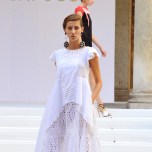 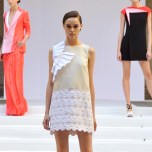 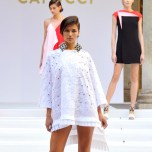 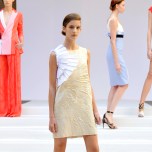 Mario Dice wasted no time setting out his vision in his debut collection for Capucci, which combined archival details like 3-D pleating with a modern approach to daywear.

A flowing black evening dress with an origami pleated bodice was reverential without looking dated. Other designs, like a white cotton sleeveless day dress overlaid with panels of brightly colored macramé lace, set out a new path for the historic brand.

Dice used cutouts over the shoulder blades to give some looks an athletic ease. By contrast, cocktail dresses were trimmed with sculptural white ruffles or folded into formal fan-shaped pleats. He revisited the label’s signature little black dress as a lean jumpsuit, moving its bow from the nape of the neck to the center of the waist.

The designer, who has worked for brands including Sorelle Fontana, Gattinoni and Zuhair Murad, is in the unusual position of operating under the watchful eye of founder Roberto Capucci, 85, although the house is now majority-owned by businesswoman and art patron Paola Santarelli.

If some of his eveningwear ideas were a little fussy, Dice presented the most convincing case yet for daywear at the traditionally couture-oriented label. “We have to be younger, but with our identity,” said Santarelli, adding that she hoped to move the show to Paris next season.