Tommaso Aquilano and Roberto Rimmondi gave new verve to military jackets and shirtdresses as they steer the brand younger. 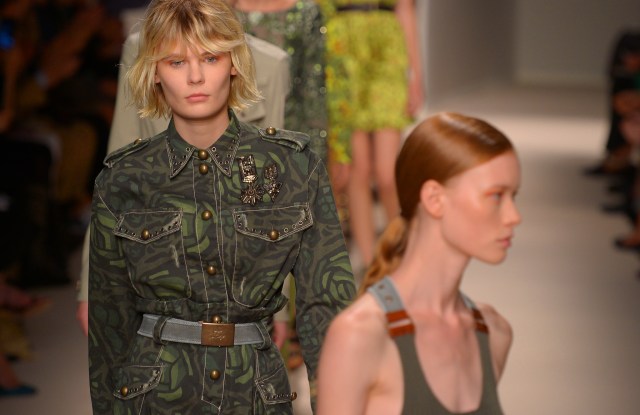 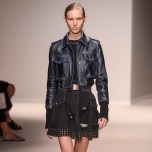 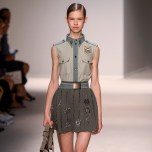 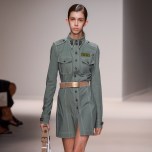 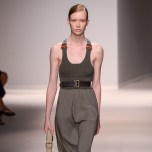 The Army jacket has become something of a pashmina for younger generations, who think nothing of tossing one over a fancy silk dress.

Tommaso Aquilano and Roberto Rimondi did just that in their spring collection for Fay, zhuzhing up field and safari jackets with sparkly medallion embroideries, or with panels of sequins poking through deliberate tears. Military touches also made for cute park-warden shirts and shirtdresses, paired somewhat incongruously with knit skater skirts and gladiator sandals. Other unexpected elements included shirts with cheongsam closures.

Backstage, Rimondi said efforts to take the brand “a little bit younger, cooler,” are catching on at retail, encouraging him and Aquilano to push past Fay’s classic roots, represented by the sole beige trenchcoat.

And so knitwear was cropped to show a slice of taut tummy, and utility pants sat low on the hips and had that Seventies vibe. Shirtdresses were the other star shape, done up in flower-print cotton or suede stamped with grommets.

With a fleet of top models and the likes of Gabriel-Kane Day-Lewis in the front row, Fay seems to be feeling its oats.