Known for its gold-standard winter coats, Max Mara moved to a “chicka-boom beat” for spring. 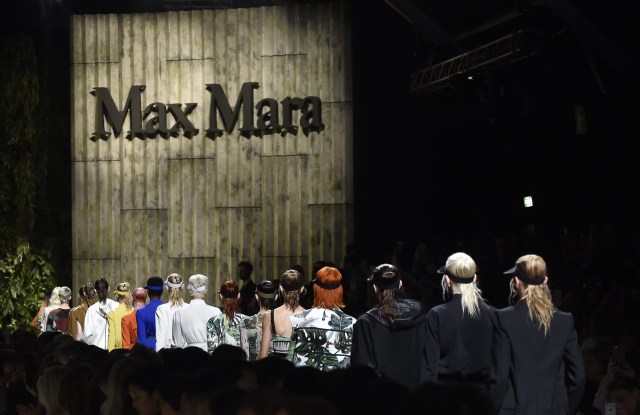 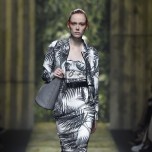 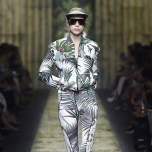 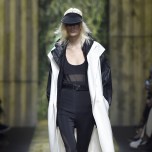 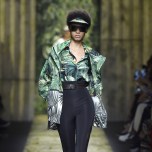 Known for its gold-standard winter coats, Max Mara moved to a “chicka-boom beat” for spring — often a challenging season for the powerhouse brand.

That was again the case. This was an uneven and sometimes noisy collection with its large-scale prints of palm fronds, and the grassy textures that echoed the greenery climbing the backdrop and growing out of the concrete runway. The finale of colorful novelty sweaters should have been cute with their lemur motifs, but their mossy textures dampened their charm.

The design team was enamored with Lina Bo Bardi, an Italian-born Brazilian architect known for her modernist buildings, timeless furniture and association with the Tropicália cultural movement of the Sixties.

The jungle prints were an ode to how she incorporated rainforest greenery into buildings, and the black-and-white versions that opened the show were carved into pencil skirts, bustier jumpsuits and taut bomber jackets — among the key silhouettes in the show.

The sporty elements were the most fetching in a post-Rio Olympics, ath-leisure way. Hooded windbreakers and jaunty berets gave an active aspect to cocooning double-face coats or zippered vests. Bombers and blousons outnumbered tailored jackets and topped jumpsuits with pant legs cinched at the bottom with elastics.

Patchworks of suede and whipstitching on handbags were winks to Bo Bardi’s furniture, and fed the show’s earthy, outdoorsy vibe.