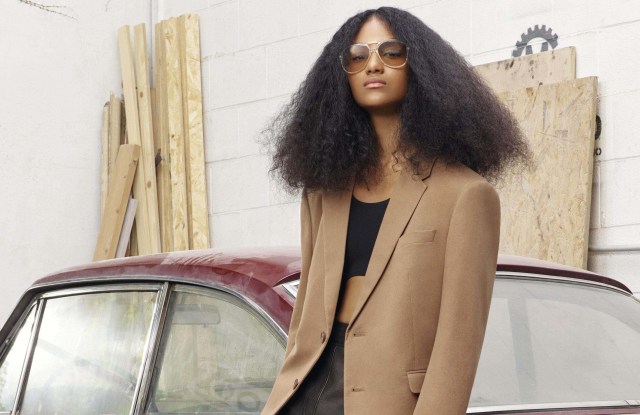 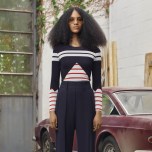 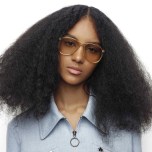 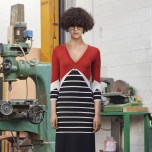 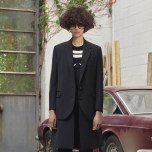 What does Americana look like in the eyes of a Brit who splits his time between London and Milan? Neil Barrett’s spring women’s collection was a mildly retro ode to the U.S., tweaked and made sleek through his refined Italian-made hand. Instead of red, white and blue, he chose red, white and black, and rather than stars and stripes, Barrett worked in stars and thunderbolts on technical knit dresses and sweaters that didn’t necessarily read as American, but looked sharp with his impeccably finished tailored jackets and trousers. Barrett has a ski collection forthcoming, and the spring sweaters would certainly look good on the slopes. “There’s very much an undercurrent of vintage throughout,” he said, referencing the tawny leather jackets, faded tailored denim, utility wear and a modernist suede western shirt, for the woman who theoretically likes thrift shops but wouldn’t be caught dead in someone’s old clothes.