For spring, the brand showed a range of pajama-easy separates in luxurious fabrics. 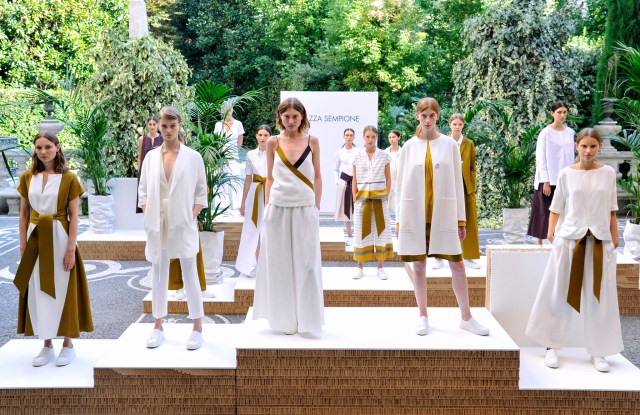 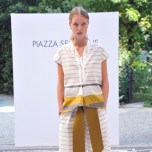 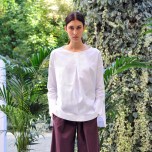 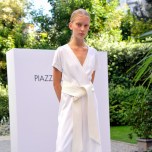 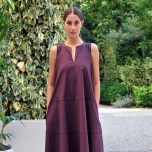 Could a scalloped tunic and wide pants in a meaty linen be the new suit? Laura Poretti, fashion coordinator at Piazza Sempione, thinks so and showed a range of pajama-easy separates in luxurious fabrics, the plain ensembles zhuzhed up with demonstrative, trapunto-stitched judo belts.

Pants, from stovepipe-slim to barrel-wide, underpinned most looks. Mostly in white, with accents of Chartreuse, the collection had a faint safari feel.

Established in Milan in 1991, the company plans to finally open a flagship store in its hometown in time for the fall 2017 season, according to company executive Piero Persi.