Loose silhouettes and a basic colors were combined to show a contrast of feminine and masculine elements. 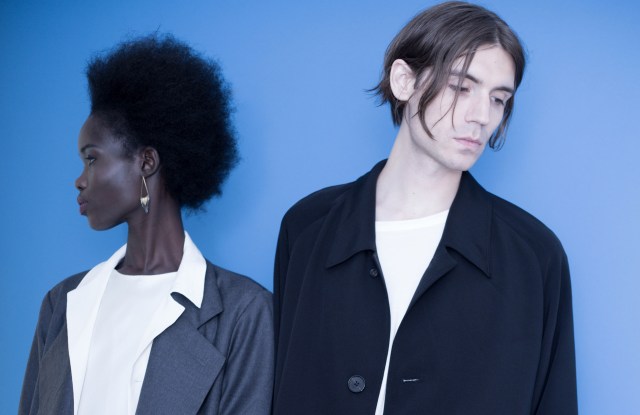 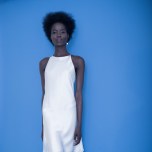 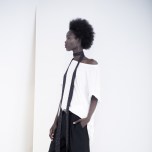 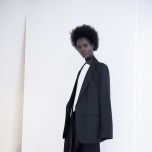 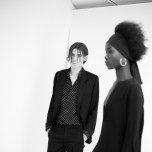 Pictures of the late David Bowie and his wife, model Iman, served as the starting point for David Michael as he designed his spring collection. There was a unisex feel running through the lineup, which included relaxed pants matched with loose shirts, some of them embellished with masculine cuff links, as well as deconstructed silk blazers with a sartorial feel.

More feminine accents were introduced via a jacquard miniskirt, bias-cut silk slipdresses and halter-neck tops, and a range of sheer mesh T-shirts and turtlenecks. The collection’s minimalist attitude was reinforced by its basic color palette, which was primarily white and dark tones of blue and black.