Dao-Yi Chow and Maxwell Osborne merged the worlds of prep and street with credit owed to Polo Ralph Lauren. 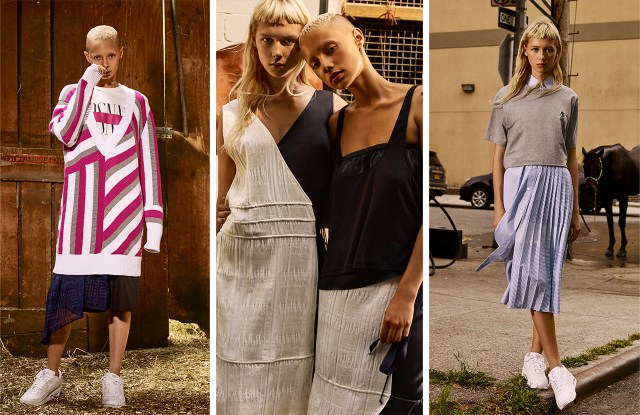 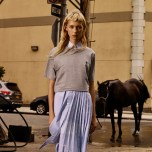 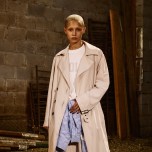 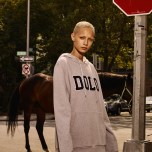 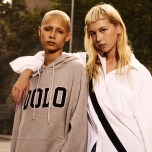 Dao-Yi Chow and Maxwell Osborne skipped the spring runway season. Remember back in June when they showed women’s resort with men’s spring in a splashy break-the-mold runway show during the peak pre-collections in New York?

Now the designers are finding that going against type and traditional timing is complicated. “There’s been some confusion,” said Chow on Thursday morning at KCD’s New York office, where he and Osborne presented their true spring delivery on a few models. “We’re trying not to break it out this way, but people need clarity in terms of when this will ship.”

Whether they’ll continue to stage their runway collections off-season, with the next show theoretically planned for December, is still under discussion. “There’s a lot of meetings,” Osborne said.

As for the spring collection/delivery, it was far easier to grasp than the pros and cons of fashion show calendars. A Bruce Weber photograph from Vogue Italia in 1998 of two girls — one in a dress, one in a Dallas Cowboys T-shirt — inspired Chow and Osborne to imagine two cousins from two different worlds, a gritty downtowner and a preppy Upper East Sider. “We imagined how the two of them would interact in each others’ worlds,” Chow said. “Sort of putting one girl out of context.”

They merged the worlds of street and overt prep, working banker striped shirts and khaki in oversize proportions, shredding denim, cutting up varsity sweaters and reappropriating motifs popular during their own stints in high school and college — specifically from the codes of Polo Ralph Lauren, which was “a huge influence,” Chow admitted.

They decorated shirts with colorful crests and riffed on the brand name Polo with Ts and sweatshirts that said “Dolo,” which to the uninitiated references slang in which one replaces the first letter of a word with the letter D. If that was an insider thing, the clothes had fresh broad appeal. Cool but inclusive in their shapes — shirtdresses, slips, polos, pants and jackets tweaked with oversize proportions.