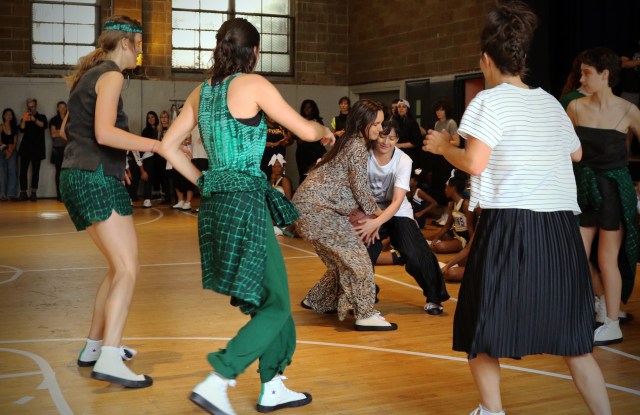 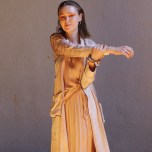 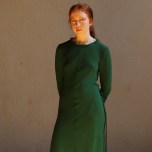 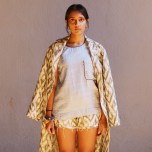 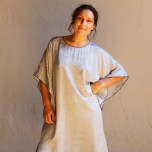 “I just wanted to be a little bit of a badass lady this season,” said Raquel Allegra, wearing a reversible green alligator-print duster from her new spring collection. She titled her lineup “Law of the Jungle,” and it did recall a wilder spirit this season with its fringed ikat looks, abstract animal prints and metallic accents, which she referred to as “party flair.” Allegra staged a joint presentation and basketball game at the Old School Gym on Mulberry Street with Assembly New York, during which the two labels — fronted by models and players from the Downtown Girls Basketball team — competed against one another in a friendly scrimmage.

Team Allegra wore languid, printed-silk trousers and shorts and other styles that riffed on the boudoir, including a pajama blouse in silk damask with contrast piping. The lineup also introduced a few new silhouettes, including a kimono-sleeve silk dress finished with hand-painted stripes. Allegra held up a mini wrap skirt, which could be worn under a Sixties-style white car coat with contrasting black buttons, calling it her “mini-est miniskirt” ever. “There’s a slouchy girl; there’s a sexy girl,” Allegra said of her lineup. “There are so many different women in this collection.”