The house knits got an African infusion. 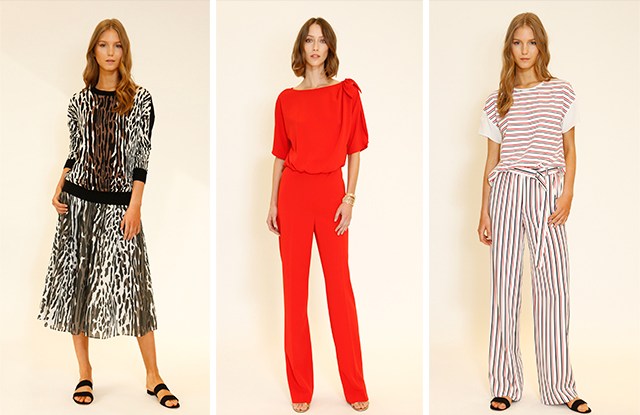 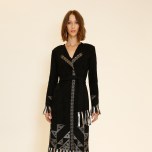 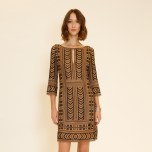 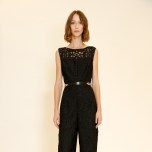 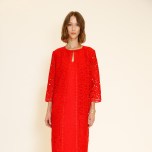 Greg Myler wanted to infuse St. John’s classic, knit-heavy aesthetic with African, tribal flair for spring. He employed many of the motifs most obviously associated with Africa — leopard jacquard, fringe and graphic patterns — handling them with subtlety for a collection that was more about reliable, conservative pieces done in impeccable fabrics than exotic references. A trench and dress done in metallic and black macramé tweed was the lineup’s most impressive use of the artisanal inspiration. There was also plenty for women who aren’t looking to heed the call of the wild, in the form of traditional trenches and sharp lace dresses. The sport portion of the offer featured polos, pleated skirts and jumpsuits and shorts with drawstring waists.