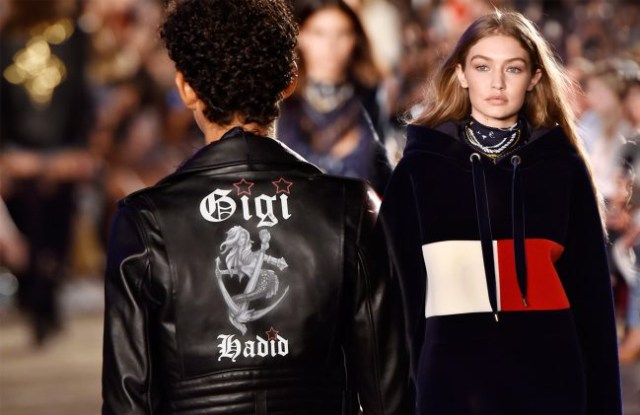 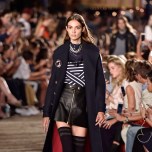 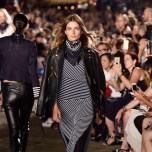 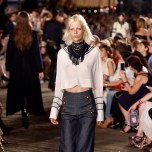 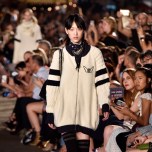 Tommy Hilfiger anticipates that his “Tommy Pier” South Street Seaport carnival experience will create two billion media impressions. Here’s one: It was a commercial, not a fashion show. A brash, slick, impeccably produced, wildly expensive, global-reach brand commercial. As such, it will probably prove successful, dangling as is it did (and will continue to do, via the magic of technology) in front of girls the world over, irresistible bait: “Unleash your inner Gigi Hadid! Buy a peacoat!” (Gigi is Hilfiger’s codesigner in the opportunistic Tommy x Gigi spin-off, featured prominently in the show.)

Never mind that Hilfiger showed said peacoat, or one very similar to it, in his first seafaring-themed fall fashion show in February. For a big percentage of accessibly priced brands, seasonal fashion shows are no longer about introducing fashion ideas. They’re about luring consumers around the globe to social-media swoon, and now, to shop instantly — browse, click, own! To those consumers, it won’t matter that these appeared to be some of the same clothes that walked the runway in February (a fact that flies in the face of the “no one wants it six months later” argument). Now Hilfiger couldn’t possibly disassociate it from everything he showed then, lest Macy’s be left with a boatload of future markdowns.

The truism goes that fashion isn’t just about the item, the admiral’s coat, the little printed dress; it’s about the girl, “making it your own,” the moment, the culture. It’s also about the styling. Kudos to Karl Templer who worked with Hilfiger to reimagine last season’s Thirties retro take on maritime in a Gigi’s-California-lifestyle way — which is to say sexier, a little street, a little polite rock-’n’-roll. A nod, too, to Michelle Lee for the casting. To allow for speed of viewing and avoid chaos, two lineups of models, each pair in identical looks, walked two runways, one in front of the seated industry audience, the other, the thousand-plus consumer crowd. The pairs were cast for their similarities, to make the experiences as similar as possible. (The lone exceptions: Gigi and Binx, who opened the show.) As for the production itself, forget the boardwalk. Nian Fish and Julie Mannion walk on water.

The clothes were cute. Big-sweater cute. Feisty-tracksuit cute. Floaty-dress cute. Low-slug jeans-Dad-won’t-like cute. Stop me when I hit something that sounds like fashion news.
That doesn’t necessarily mean invention. After thousands of years of humans getting dressed, genuine invention is rare. Still possible (just listen to John Galliano talk about this or that seam) but rare. Fashion news is different. There are still designers out there who strive to deliver it in the traditional sartorial sense, via explorations of theme, materials, construction, craft.

Yet today, the news that garners the lion’s share of attention occurs in the extra-sartorial context. That’s fine – the changing worlds of fashion and media and their kinetic points of confluence are certainly newsworthy. But it’s time to acknowledge the bifurcated reality of “The Collections.” Some shows are still about fashion in that traditional sense, and others, about seizing the remarkable marketing opportunities technology now affords. Those in the latter camp pride themselves on their modernity, and Godspeed. They are in fact driving fashion, but the clothes aren’t in the driver’s seat. We should stop acting as if that’s a dirty little secret. Billions of media impressions later, the secret’s out.