A bride who skips her own wedding to go to a music festival was the inspiration for this free-spirited collection. 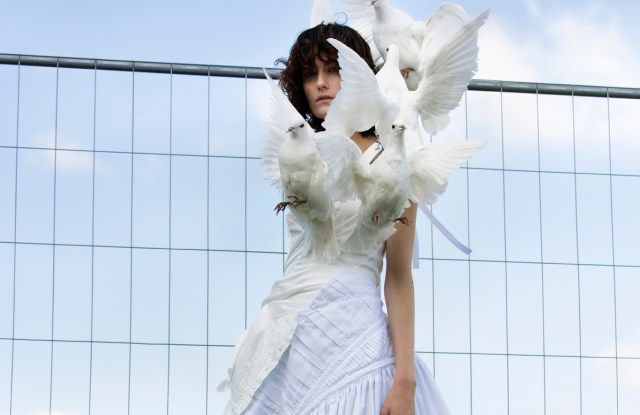 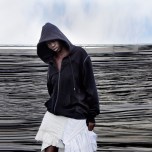 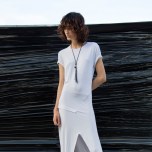 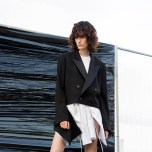 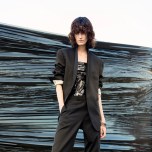 For spring, the husband-and-wife team of An Vandevorst and Filip Arickx decided to forego a runway show, which seems fitting since the theme of the collection was a bride who skips her own wedding. “True to her unrestrained spirit, the bride-to-be withdraws from her own wedding, misplacing herself in a music festival,” An stated in the notes.

Her wedding dress was cut and shredded, leaving strips of corset and lace, resulting in a surprisingly modern frock that Vandevorst also made in a jersey for the “cool girls that just want to wear it with a jacket and boots.” Elsewhere, tuxedo jackets and trenches had hidden zippers and closures, which when undone, revealed the arm — or in the trench’s case — the bottom half could be completely removed, turning the piece into a jacket.

“On her way to the festival she gathered all these pieces,” Vandevorst said about the hoodies and T-shirts in the lineup. There were also some slipdresses and camisoles — perhaps from the honeymoon that never was.