Hiromichi Ochiai showed that his juxtaposition of tailoring with sportswear references and surprising details can work for a female audience, too. 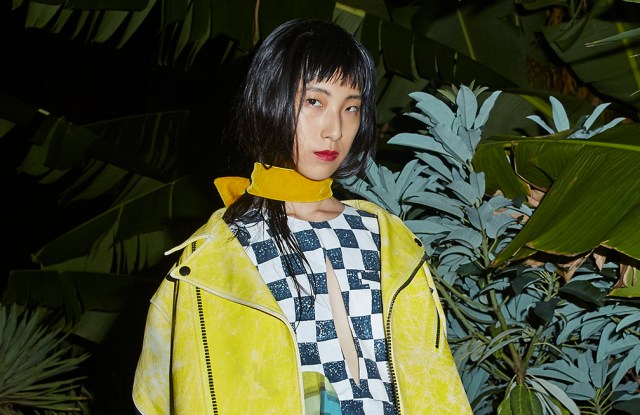 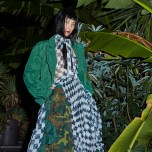 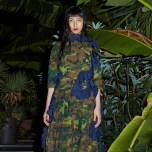 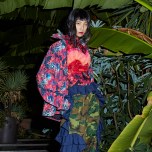 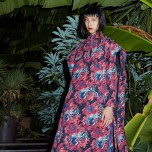 Tokyo-based designer Hiromichi Ochiai’s first full women’s collection for Facetasm showed that his juxtaposition of tailoring with sportswear references can work for a female audience, too.

Many of the designs, in classic men’s tailoring fabrics for example, appeared classic from the front; it was only when viewed from behind that their subversive nature became apparent — they crossed over and fastened with ties, leaving a deep V of skin on the back.

Skirts, pants and a cape jacket took flares to the extreme, transforming them into giant rufflelike shapes that were an integral part of the garment itself, rather than mere embellishment. Bright check patterns were used on shirt dresses with the same open-back treatment, while plastified raincoat material was pleated into mid-length skirt and matching biker jacket to be worn tucked in.

The main print in the collection, big red flowers on a black background, was a kooky contrast with check panels on dresses and jackets, and made even more of a statement on the front of a sweatshirt. Its back was completely covered in black feathers — as if to capture the wind on a skateboard, the designer said.

Ochiai claims his designs are inspired by Tokyo, and he wants to show people that his hometown is not just about geishas and Japanimation. He certainly teaches the onlooker never to read a book — or in this instance an item of clothing — by its cover.