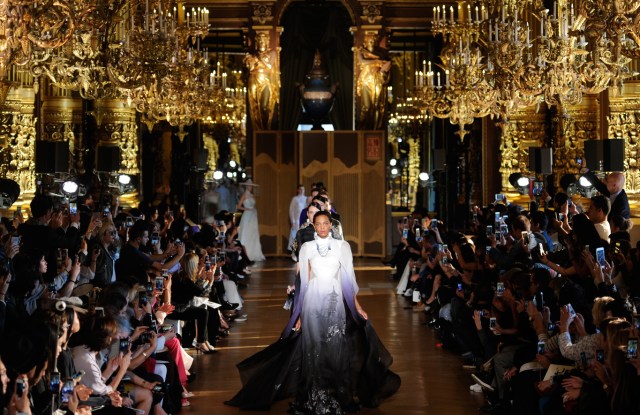 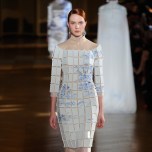 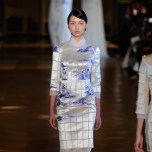 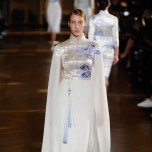 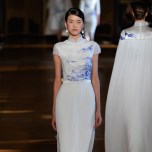 For her first runway show, Chinese designer Xiong Ying chose the majestic setting of the Palais Garnier, home to the Paris Opera, with its gilded columns, frescos and chandeliers. Perhaps she sought out a setting as regal as Beijing’s Old Summer Palace, which was the inspiration for her Heaven Gaia collection. Her designs were no less elaborate than the scenery, mixing dip-dyed silk, traditional Suzhou embroideries, silk tapestry and hand-painted motifs along with a few feathered embellishments on gowns and separates with details like Mandarin collars and covered button fastenings.

On the whole, her interpretation of Chinese handicrafts was airy, thanks to the white background of many designs, which graduated into shades including pale green and lilac, lending her designs a certain lightness despite the elaborate execution. There were also richer, deep shades like black, violet and red.

In themselves, some of the techniques she used were intriguing, like the opening looks using blue and white porcelain tiles to create a chain-mail-style bodice or dress, while round translucent windows on certain designs were intended to look like paddle-shaped fans and filled with washed-out inky motifs. Her beautifully crafted creations were certainly sophisticated enough for Paris, but perhaps a bit literal for today’s streetwise international consumer base.