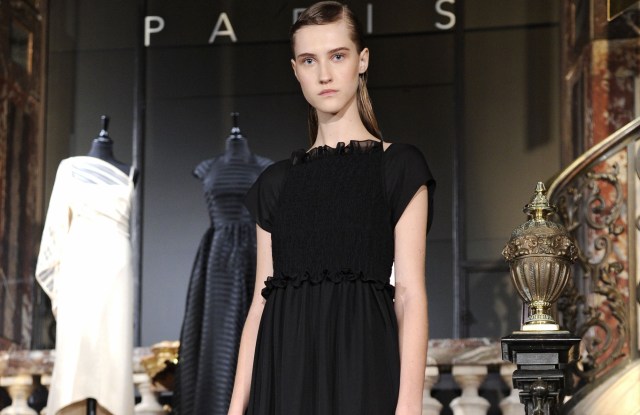 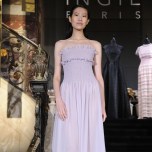 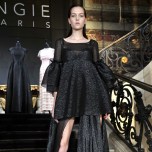 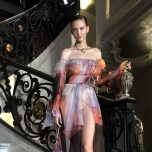 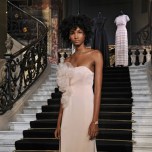 Ingie Chalhoub was inspired by the colors of the dawn for her Ingie Paris collection, which melded soft hues like blush pink and mauve with the solar brightness of metallics. If the concept gave rise to some purple prose in the show notes, the clothes themselves were more contained.

There were minimalist looks like a black chiffon evening gown with a ruched bodice and asymmetric train, and wide black trousers with a white honeycomb-textured short-sleeve top. Sheer organza maxiskirts featured geometric patterns inspired by the works of Wassily Kandinsky or Victor Vasarely.

Shiny fabrics added a more opulent touch. They included gold-flecked silk organza jacquard, used for items like a sleeveless coat with large pearl buttons, and silver lamé, which was draped into a disco-era bustier with a peplum and a panel of fabric over one shoulder.

Chalhoub, who recently opened stores in Abu Dhabi and in Riyadh, Saudi Arabia, said she was close to securing a Paris location.